Most items are getting a revamp. 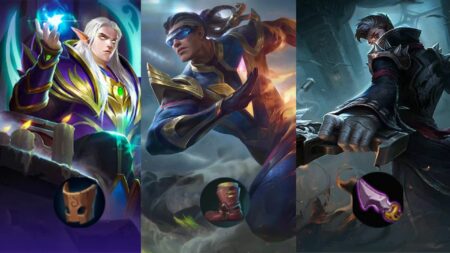 A big update might be coming to the Land of Dawn next season.

Mobile Legends: Bang Bang is looking to drastically overhaul the equipment system in the game, with key changes to roaming and jungle items.

According to MLBB’s designer, Moonton intends for a “radical overhaul” on the equipment system as minor fixes aren’t sufficient considering the current gameplay experience.

One change they’re planning to implement for the next season is combining jungle, roam and, movement items into one. This one item will include all of the upgrades needed in the game, such as Roaming Mask and Hunter’s Knife.

This means that there will be an extra slot for jungle and roam players to buy more advanced equipment and become much stronger in the late game. This is great news, considering that most players sell their jungle item and upgraded mask once they hit the late game mark.

“Currently, roaming players bear too much responsibility for the whole team. Despite their effort and sacrifice, they can hardly have their highlight moments, let alone carry the team and win great respect,” stated Moonton.

Lastly, there will also be major and minor changes to nearly half of the items in-game. These changes are to ensure each equipment are distinct, which encourages build diversity against certain lineups.

What does this mean for players, especially for tank and assassin mains? It’s a fun change that will surely be beneficial to the overall gameplay experience in the long run. The presence of another slot for roamers and junglers will definitely change the meta.

Since the changes will be massive, the MLBB team will be conducting numerous testing in the advanced server, and may introduce further changes to itemization in the future.