Vyn’s clutch pick perfectly shows how crucial bans can be in a championship setting. 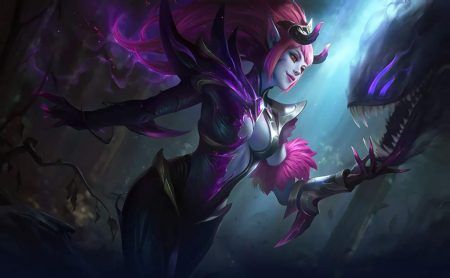 RRQ Hoshi and EVOS Legends have a long and storied history of facing off against each other at the highest level of Mobile Legends, with their most recent clash taking place in the Grand Final of MPL ID Season 5.

This time, RRQ Hoshi walked away with the victory after a hard-fought five game series. While most of the game in the series came down to the wire, RRQ Hoshi ran away in game five thanks largely to Calvin “Vyn” on Selena.

Selena had been banned by EVOS coach Bjorn “Zeys” Ong in each of the first four games, so it was a shock when he did not ban her in the fifth and final game. With Selena available, Vyn immediately picked her up in hero select.

Being one of the strongest and most agile Mage Assassins in the game, Selena easily dominated the map. Vyn invaded the EVOS jungle with traps and vision, picking up quick kills and leaving EVOS to question every move they made.

ONE Esports asked Zeys about the Selena situation, but he declined to provide insight into his decision, only answering that many people would not understand the decision he made.

“To be honest, it’s only an exchange of heroes. Many people do not understand and I will not reveal the reason because there are still many tournaments we have to go through,” said the Singapore-based coach.