Beautiful plays from the veteran squad. 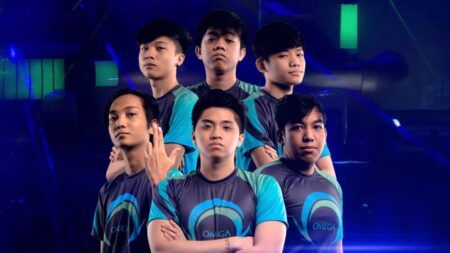 Omega Esports showcased one of the most flawless matches this season as they defeat Execration in a 2-0 blowout in Mobile Legends: Bang Bang Professional League PH Season 7.

Led by coach Ynot, they dominated in both games, scoring 18-5 kills in the first game and 16-0 in the second. It is the first time this season where as team failed to even get a single kill in a game.

In the first game, Omega Esports went for a wombo combo draft with Pharsa, Yve, and Carmilla. This lineup gave Omega Esports a strong team fight presence, which fared well against the the classic run and gun lineup of Execration with Angela, Benedetta, and Harith.

Omega Esports won at the 16-minute mark thanks to their draft, which pressured Execration all throughout the game.

The combined Feathered Air Strike of Pharsa and the Real World Manipulation of Yve is a combo we don’t see a lot, but is actually effective in a well-coordinated team.

It’s in the second game when Omega Esports made a statement and proved everyone that they are still a top contender in the tournament.

Omega Esports was methodical, and gave Execration no breathing room at all as they snowballed their team fighting composition against the late game-scaling heroes of Execration.

This led to a convincing 16-0 sweep, which the casters described as a perfect series by Omega Esports.

Haze’s Diggie was exceptional for Omega Esports, who racked up 14 assists. KurTzy’s Yve finished with a KDA of 3/0/12, while Hadjizy, the KDA machine, had a strong 9/0/4 performance using Bruno.

Omega Esports is now second in Group B with a 3-4 record, below the undefeated Blacklist International. Execration falls to third place in the same group with a 3-3 record.