Blacklist International reveals how to counter the Feeding Diggie strategy

The Feeding Diggie strategy has its weaknesses. 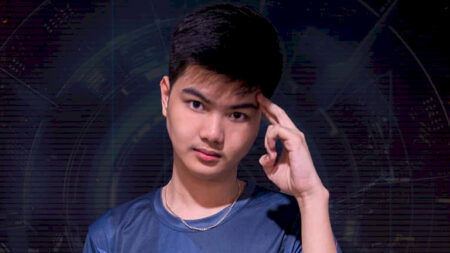 It was an intense series but the deciding match ultimately went to Blacklist International as they flawlessly worked their way around Omega Esports’ Feeding Diggie strategy.

Despite the Diggie pick, Omega Esports went for late game heroes in the side lanes such as Hayabusa and Alice. On the other hand, Blacklist International had a well-balanced lineup with Granger, Thamuz, and Popol and Kupa.

Wise, who was playing Granger, used the feeding Diggie strat in his favor and camped in the mid lane until he completed his Raptor Machete two minutes into the game. He also had a 17-0 record in just four minutes which gave him a huge advantage in the early game.

Since Omega Esports had a very late game-centric lineup, Blacklist International immediately went for objectives and roamed the map as a team, not allowing Omega Esports to pick-off Granger’s Wise.

Ohmyv33nus’s Popol and Kupa was key in protecting Wise with his crowd control abilities such as Popol’s Surprise and Bite ‘Em Kupa.

OHEB and Edward also made sure to pressure the side lane of Omega Esports, as the Feeding Diggie strat heavily relies on the success of the side lanes. It was effective as they utilized their early game power with Harith and Thamuz doing wonders for the black and white squad.

Blacklist International was unstoppable all throughout the match, ending the game in just 10 minutes after an aggressive push in the bottom lane which led to a wipeout on the side of Omega Esports.

Blacklist International is still undefeated with a 6-0 record in Group B while Omega Esports is now second to the last in the same group with 2-4.

READ MORE: Just one season after his debut, RRQ’s Alberttt is MVP of MPL ID