With a perfect streak, they are the ultimate apex predators. 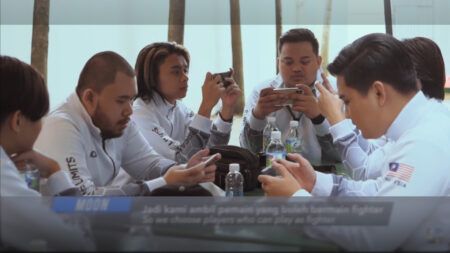 In the second last week of MPL MY/SG Season 6, Resurgence and Todak were in the running for first place. Todak came out on top, extending their perfect streak to seven after a splashing win against the reigning MPL MY/SG champions.

After heartbreaking defeats to these two teams last week, EVOS SG bounced back with a straight 2-0 victory over Geek Fam.

Meanwhile, Team SMG are still on a roll. They earned four straight wins in a row within the last two weeks, and are now placed within the top five. It looks like they can only get stronger, as they swept Geek Fam and Divinity Esports 2-0.

Match of the week: Resurgence vs Todak

MLBB’s newest patch 1.5.16 is changing the current meta in ranked and pro games. Resurgence surprised by picking Cyclops and the first ever Tigreal this season. Arguably one of the best meat shields in the game, players can now use Flicker when casting his ultimate, Implosion.

Eugene “Kayzeepi” Kong on Tigreal disrupted Todak’s blue buff early in the game, forcing the mid laners to miss out on two waves. Even though he eventually gave first blood, both teams traded blow for blow a fast-paced first game.

Due to extra towers, farm, and Turtle, Resurgence led in gold. Ho “SyиC” Ee Hong on Esmeralda became tanky, and was too much for Todak to handle in the side lane. Two Lords later, Resurgence finally closed the game under 19 minutes.

For his outstanding performance on Esmeralda, SyиC was awarded the MVP in game one.

In game two, Lim “ly4ly4ly4” Yang was again seen playing from his championship-winning bed. Resurgence changed gears and took a chance upon Natalia. Todak on the other hand, put together a more typical “Ciku composition” with him on Claude.

In another action-packed game, kills with traded, but this time Todak was the one who set the pace. Powerhouse meta pick tank Hilda was tough for Resurgence to deal with early, so they had to respond to the pressure Todak was exerting on the top lane.

Not to be outdone, Sync nailed a solo queue at bot that narrowed the gold difference. However, Todak kept the pressure up with Moon’s Harith leading the way. By eleven minutes, he was 5/0/4.

With Lord, Todak broke Resurgence’s base, closing the game with a whopping 17 kills to nine. They were up by 10,000 gold, and downed a total of ten towers to two.

In the deciding game of the series, Todak’s first two picks on red side surprised. They went with what was going well for them in game two, locking in Ruby and adding a second tank, Tigreal, and mobile mage Harith again.

Since Uranus was not banned, Resurgence first picked him on blue side. They then responded to Todak’s all-in team composition with a recently buffed Vale, and were depending on utility from Hylos.

Unfortunately for Resurgence, disaster struck barely a minute into game three. They pushed in mid lane early, and went over to Todak’s red for a steal. Though they were successfully, Todak sniffed Jason “Jason” Koh and Brandon “Sana” Loh out.

Completely outnumbered and caught off guard, Todak swiftly punished Resurgence with three straight kills. They continued to put their foot down on the pedal, and similar to game two, kept the pressure up — this time, more cleanly.

One last push with Lord by Todak summed up the outcome of fights the entire game. Moon’s Harith put on a great show, while Ciku’s Roger stood confidently at the edge of Resurgence’s base with seven kills and no deaths.

With this win over Resurgence, Todak continue to remain undefeated five weeks into MPL MY/SG Season 6. If not Resurgence, then who can outplay them in the last week of the regular season?