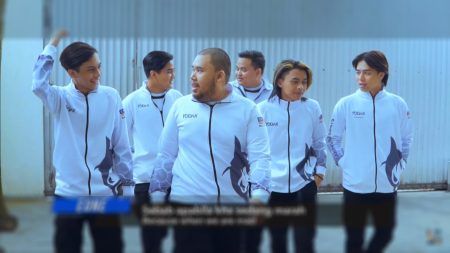 Todak and Red Reborn both had a perfect record at the end of MPL MY/SG Week 2. Their clash on the first day of Week 3 meant that only one team would remain perfect — and that team was Todak, who defeated Red Reborn 2-1.

They also went on to take down MPL MY/SG runner-ups, Geek Fam, in their second match of the week to maintain their perfect streak.

A team that finished sixth in Season 5 before falling to EVOS SG in the second round of the lower bracket, the addition of 4Meyz and Stoo to replace Lychee and Nenas has given Todak a refreshing start this season.

Match of the week: Todak vs. Red Reborn

The highlight matchup for these two teams that have taken Season 6 by storm was between their carries: Todak’s Ciku and Red Reborn’s Mal. Ciku held the edge statistically, logging in a higher average gold per minute at 784 compared to Mal’s 757, and a higher kill participation at 73% to 69%.

Viewers could feel the building intensity during the draft phase in game one. In the first phase, Todak immediately secured Ling for Ciku, and put together an all-in team composition.

This forced Red Reborn’s hand to avoid picking S-tier marksman Yi Shin-Sun despite him being left open because of his lack of escapes. Instead, they last picked Claude, who possesses more mobility, but is not currently a meta pick.

Even though Red Reborn led in gold from early to mid game, Todak led in kills because they managed to catch out opponents when they were out of position. A true back and forth game, both teams were clearly playing around both their carries in every fight.

At the 12 minute mark, Todak found themselves on the back foot. They lost three members to Red Reborn’s one, and it was all up to Ciku and Xray to defend their base. As there were no minion waves pushing in, they managed to buy time for their team to revive.

Using that momentum, Todak reset the map, pushed up waves and secured the second Lord for themselves, evening up the game. Unfortunately, they over-committed at the bot base tower, and lost four.

When the third Lord of the game spawned on the top side of the map, Red Reborn had better positioning to start it. However, Ciku on Ling jumped into the back line, nuked out Cakbu’s Pharsa, and even stole Lord under Red Reborn’s noses!

Thanks to Ciku’s outstanding performance on Ling, Todak grew their lead by 12,000 gold and pushed in for the game one win.

Down one game, Red Reborn decided to take a huge risk in game two by picking Helcurt, who was recently nerfed: Enemies can only be silenced when Helcurt is crowd controlled by an enemy hero.

Surprisingly, it paid off for Red Reborn. Ten minutes into the game, they were up 19 kills to 11, with more than a 7,000 gold lead. Using their early game power, they aggressively took Todak head on in skirmishes and team fights.

By late game, Uranus was so tanky that he could lock up two members on the side of Todak. Similarly, Mal on Helcurt was 10/2/10, and was too far ahead of the curve for Todak to deal with.

Bouncing back in the last game of the series, it seemed like the team that gets ahead, is able to stay head and close the game. Todak wasted no time doing so. They contested the bottom river Lithowanderer by catching out Mom’s Chou, before completely outmaneuvering Red Reborn for four kills to none.

Two of those kills went on 4Meyz’s Yu Zhong — one of the strongest fighters in the meta who had consistently been banned out on red side, until game three.

The fight at Turtle showed exactly why Yu Zhong is top tier, and very dangerous to play against as he is able to dish out a lot of damage relative to how tanky he is, on top of the crowd control he brings.

Running away with the game, Todak secured the first Lord and downed Red Reborn’s base in the fastest game of the series under 12 minutes. Unsurprisingly, Yu Zhong dealt 36,700 damage, the second most in the game after Ciku’s Yi Sun-Shin’s 48,900.

READ MORE: What is the ‘Feeding Diggie’ strategy and why has it taken the MPL by storm?