No one predicted this. 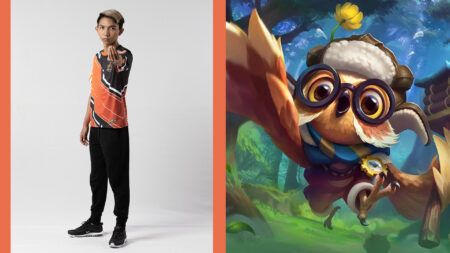 Mobile Legends: Bang Bang fans from Myanmar have a lot of reasons to be excited, for MPL MM Season 6 champions Burmese Ghouls have taken down Indonesian powerhouse RRQ Hoshi to become the first team to clinch a grand final slot at the M2 World Championship.

One key reason why BG managed to clinch a thrilling 3-2 victory over their adversaries in the upper bracket brawl is because of MayBe’s Diggie. In games one and two, he used this unconventional support to give his team an early 2-0 lead in the best-of-five series, which gave them an advantage in what was to become a long five-game series.

In game one, MayBe locked in Diggie to answer RRQ’s crowd-control heavy setup comprising Silvanna and Eudora. In game two, Diggie was a response to Selena and Khaleed.

The Diggie pick surprised many as the hero is considered a niche pick in professional play. Some teams, such as Aura PH and RSG in the MPL, find success with Diggie through the feeding Diggie strat. It however fell out of flavor, as many teams realized they could ignore him and still get ahead, and is therefore not a good pick in the current meta.

He hasn’t been seen for months — until now. Burmese Ghouls took a risk and drafted him in this crucial upper bracket series, hoping to ride on the similar success they found the day before against Bren Esports.

His ultimate, Time Journey, removed most of the team fight potential of RRQ. Diggie’s passive, Young Again, also disrupted the rotations of RRQ as it turns Diggie into an untargetable moving egg that scouts the map upon death.

“I really like to play Diggie as a support because you can save team mates and chain abilities at the same time,” explained MayBe in a post-match interview. “Diggie has a lot of potential if you understand [how to play him].”

RRQ immediately noticed the impact of Diggie, and banned him for the remainder of the games, but it was all too late as Burmese Ghouls had the upper hand in momentum.

Despite RRQ winning games three and four, Burmese Ghouls went on to win game five thanks to the heroics of MayBe. His performance on Atlas earned him the MVP, which cemented Burmese Ghouls’ place in the grand final.

They will next face either RRQ Hoshi or Bren Esports in a best-of-seven clash tomorrow at the grand final to determine who is the best MLBB team in the world.

READ MORE: A closer look at why Jawhead is a priority pick in pro MLBB