Be a playmaker for your team. 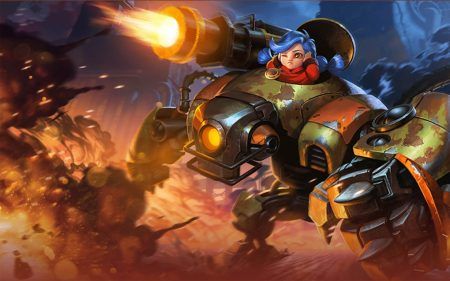 If you have been watching every game in the M2 World Championship so far, you would have noticed that there is a trend. There are a handful of heroes that always gets picked because they are strong in the current meta.

One of the most sought after Mobile Legends: Bang Bang heroes that has a near 100% pick and ban rate, is Jawhead. So why is this hero in-demand on most games not just in M2, but also in the recent MPLI? Let’s find out!

Jawhead exerts so much pressure in the early game

The early game is vital in MLBB, and Jawhead does a great job in providing early-mid game pressure. A well-casted Ejector can turn things around in a team fight. A good Jawhead is always on the lookout for openings to throw an enemy into his allies to secure first blood.

Ejector is also a strong ability for resetting enemy jungle. By throwing red or blue buff out of their range, it forces the monster to reset, regain health, and delay or even prevent the enemy from taking it. This sets them back greatly, and opens up more opportunities for his team. What an early game beast!

Jawhead is an incredible initiator with high pick power

Jawhead is a fighter, but pros have been playing him in the tank position at the M2 World Championship. As a tank, he has higher survivability, which is beneficial during combat since Jawhead is usually the main initiator for this team.

In the grand final series between Bren Esports and Alter Ego in One Esports MPL Invitational, Alter Ego’s Leomurphyy was seen diving under tower to cast Ejector onto KarlTzy’s Claude. This threw him away from the safety of his tower into enemy lines. Leomurphyy successfully got the assist, and got away scot-free.

There has been a rise of high mobility heroes in the current meta, with the likes of new hero Mathilda, Benedetta, and the undying popularity of Chou. Having a hero like Jawhead in the lineup provides a lot of crowd control, which is a great for quick invades and fast-paced skirmishes.

The current meta also places emphasis on objective, so exerting map control in the early game is Jawhead’s job. He provides early game pressure offensively and defensively, making him a flexible pick in every situation.

With a strong kit and base stats, we expect to see Jawhead’s dominance to continue in future tournaments and ranked games.