These are the dates for the Mobile Legends M2 World Championship 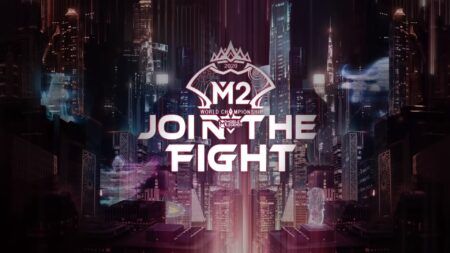 While SEA’s best MPL teams are battle it out at the ONE Esports Invitational, Moonton has announced the dates for the second annual Mobile Legends World Championship.

M2 will take place in Singapore in January 2021, with the Group Stage taking place from January 18-20, and the Playoffs taking place two days later on January 22-24.

The tournament will be co-organized with Singapore’s Cybersports and Online Gaming Association with support from the Singapore Tourism board.

While the event will be held offline, the World Championship will refrain from having a live audience and will stick to providing streams for its many participating regions.

Teams have yet to be announced, however, Moonton’s reveal trailer specifically shows two Singapore teams, RSG and EVOS SG, so the two squads will presumably be invited to represent the host nation.

With Mobile Legends becoming a more impactful game in terms of global presence, Moonton co-founder and chief executive, Justin Yuan, still believes in bringing the game back to its home turf of Southeast Asia.

“Mobile Legends traces much of its global success today to its roots in Southeast Asia and Moonton is very pleased to bring this great news to gamers everywhere with much thanks to the support of the Singapore government and our industry partners,” said Yuan. “This will be our most exciting event ever as our top players embark on this epic journey to battle it out in Singapore.”