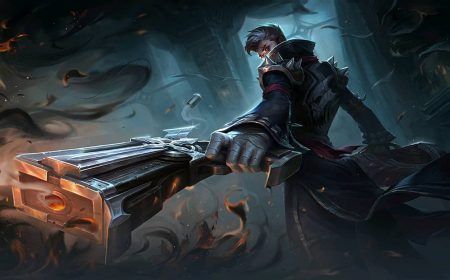 For his outstanding performance on marksmen in the MPL MY/SG Season 5 grand final, Resurgence Lim “ly4ly4ly4” Yang, was awarded the MVP trophy.

ly4ly4ly4 already revealed the best marksman to play in MLBB, but what about if you just want to improve your overall marksman play?

The marksman role is one of the most important in MLBB, but mastering it is challenging because players require good mechanics, quick reaction times, and proper positioning.

Fortunately, the MVP himself has some tips to help you improve your marksman game:

There are three core principles I live by when playing marksman:

Your net worth must always be on top of the list. Clear creeps and jungle camps before joining team fights.

Every death means a lot because while you’re dead, you’re missing out on farm. In team fights, position well and use your spells to survive while dishing out damage.

Track opponent cooldowns as much as possible, for this lets you know when their skills are on cooldown. You can be more aggressive when opponents don’t have access to their key spells.

During team fights, hit the tanks unless there’s an opportunity to catch the backline. Many players hesitate to do damage to tanks, but if they’re in front of you, you should be doing damage to them instead of doing nothing.

Stand behind your tanks and let your tanks soak damage first. Hit whoever that’s in front of you unless their backline is out of position.

You can tell if the enemy back liner is out of position if they move away from their teammates, or move in front of their tanks. When the enemy backline is separated or too far in front, that’s when they are the most vulnerable.

In the event that happens, consider if you are able to step forward to get the kill and get out safely. It’s not worth dying if you are in a winning or even game.

If you want to climb ranked as a marksman, my advice is not to solo queue. I recommend getting a party of at least three, with a tank and support mage to play together with you.

When there are too many players picking marksmen during picks and bans, my advice is to play a mage instead. Certain mages are also able to carry games, and allows you to balance out the team’s physical and magic damage while still contributing as a carry.