They found a winning strategy by grinding out ranked matches. 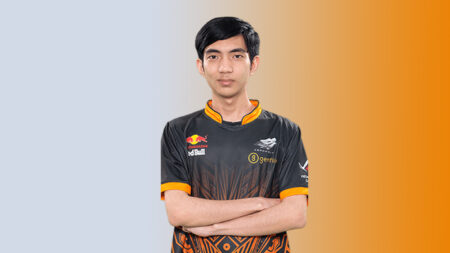 Genflix Aerowolf has risen through the MPL ID Season 7 leaderboard with an innovative grasp on the meta.

The current meta in MPL ID has teams trading in their initiator tanks for two supports, proving to be more effective in supporting the jungler. Despite having no tanks, the team’s go-to initiator is now the offlaner that has some durability and solid health regen to sustain fights.

Aside from current S-tier support Mathilda, the two support meta is ushering the return of heroes like Rafaela, Angela, and Diggie into MLBB pro play. While GFLX does play into the same in-meta strategies, they’re able to innovate with such picks as support Popol & Kupa and gold laner Zhask.

Some might assume that the team learned more about the meta by studying other MPL leagues, but Supriadi Dwi “Watt” Putra confirmed that they achieved a deeper understanding of the meta by grinding it out in ranked matches.

“It might be the new meta in the MPL, but actually we found these winning strategies against EVOS in ranked play,” he told ONE Esports.

Even as a pro MPL ID squad going into ranked games, Watt and his crew were being dominated by the public’s own strategies in the current meta.

“Like it or not, the meta can come from places like public ranked matches,” explained Watt. “Even though I’m a pro player, I don’t win 100% of the matches I play against the public. That’s a fact.”