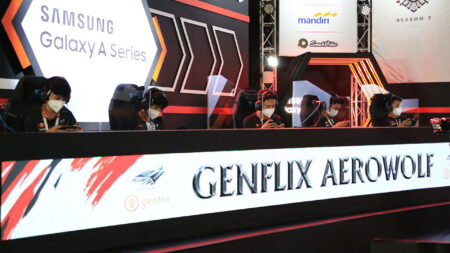 Genflix Aerowolf may be flying under the radar as a playoff contender in MPL ID Season 7, but they’re starting to get credit for their captivating plays in Weeks 5 and 6.

Before the boon in performance, Genflix had a rough start to the season. After six losses, they fell into the bottom three of the standings by Week 4.

While some doubted the team due to their inconsistencies, Watt and his squad finally turned things around and beat Alter Ego 2-1 in the fifth week.

The victory acts as Genflix’s turning point in the season, yet many fans and analysts played down the win due to Alter Ego’s current decline as an ID powerhouse.

Out to prove their worth as underdogs, Watt and the boys stormed Week 6. Despite facing the top two teams in the league, ONIC Esports and EVOS Legends, Genflix powered through the week and came out with two groundbreaking sweeps.

Just from the two recent games, Aerowolf’s gameplay was looking more cutthroat, with Bottle performing consistently as the team’s deadly hyper carry. Watt still stands out as the team’s reliable gold laner, but Rinazmi’s efforts in the offlane was also a key factor in the team’s recent success.

With a three-game win streak going into Week 7, Watt revealed the secret to Genflix’s rise to ONE Esports.

“Our most noticeable changes from the start of the season is Fredo, Clay, and Bottle,” said Watt. “In the first few games of the season, we could have won a lot, but their egos with each other always clashed.”

Watt continued, “Nowadays, Fredo and Bottle have dropped their egos, while Clay is still somewhere in the middle. The main point is that it’s now balanced.”