Execration show off the best way to shutdown Roger

Ch4k-block has risen once again! 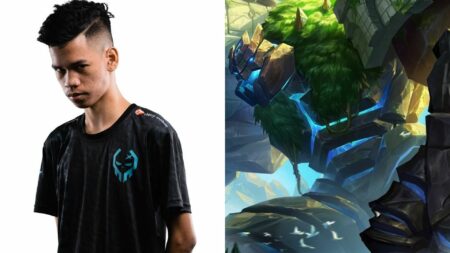 A lot of MLBB players say “Roger wins games” but Execration proved that doesn’t need to be true as the team used a simple strategy to defeat Laus PlayBook Esports’s Roger, 2-0, in Week 3 of MPL PH Season 7.

Execration went all-out in the first game with a two-tank lineup of Baxia and Grock. They also went for backline heroes with high mobility in Alice, Ling, and Pharsa.

This lineup alone proved to be a difficult matchup for Aspect’s Roger and the rest of the Laus PlayBook Esports squad as their only hard crowd control was Arvs’ Silvanna with her Imperial Justice.

Ch4knu was also stellar with his calculated Grock plays. He maximized the effectiveness of Grock with a Focusing Mark support emblem which increased the damage of his allies against Laus PlayBook Esports’ main damage dealers.

In every team fight, Ch4knu and Renzio made sure to target Roger and Chang’e first. Their combined crowd control was the perfect recipe to shut down Roger and eventually win the first game in a stunning fashion, 23-10.

The gap widened even more at the 14-minute mark when Kelra’s Alice registered a triple kill and a pushed inhibitor turret in the middle lane. Execration went on to secure the Lord along with a few kills.

Ch4knu’s Grock was hailed the MVP with a 1/1/12 KDA. Renzio’s Baxia also made a statement after finishing with a 5/3/8 record.

On the other hand, Laus PlayBook Esports’ Aspect tallied the most deaths in the game after recording 0/8/2. Ryota was the sole star for his team, getting the best KDA with 4/2/0.

Execration eventually won the second game in just 12 minutes thanks to the heroics of Kielvj’s Granger who went 5/0/6.

Execration now sits on top of Group A 3-2 while Laus PlayBook Esports remains last with a 1-3 record.