A classic lineup in ranked games. 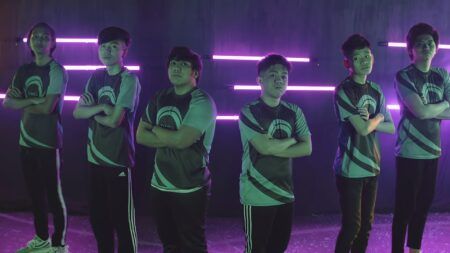 Omega Esports are on a roll after a decisive victory over Cignal Ultra, 2-0, in the third week of the Mobile Legends: Bang Bang Professional League PH Season 7.

Omega Esports dominated both games, but it was game two that won the adoration of the casters for Omega’s use of its unique ‘Protect the Bruno’ strat.

In the second game, Omega Esports went for a Bruno (Hadjizy), Estes (KurTzy), and Diggie (Haze) combo with Alice (Toshi) and Baxia (Kenji) in the side lane. The lineup is said to be a better and upgraded version of the funnel strategy where every resource is given to the jungler as much as possible.

However, Omega’s modified funnel strat emphasizes Bruno’s early game prowess, turning him into an unstoppable killing machine because of Estes’ massive healing and Diggie’s abilities to peel for Bruno.

Omega perfectly executed this by letting Bruno dominate all throughout the game thanks to Estes and Diggie following him wherever he goes.

Every time RHEA’s Benedetta initiated a team fight, Estes used his ultimate to heal Bruno. Even ImbaDeejay’s Rafaela was unable to land a stun as Diggie just activated his ultimate to cleanse the crowd control and give Bruno a chance to escape.

Ultimately, the Ynot-coached squad finished the game with a dominating 9-1 victory.

Omega Esports is now 3-1 in Group B, spoiling Cignal Ultra’s debut as they now sit at 0-1 in Group A.