The championship region is stronger than ever. 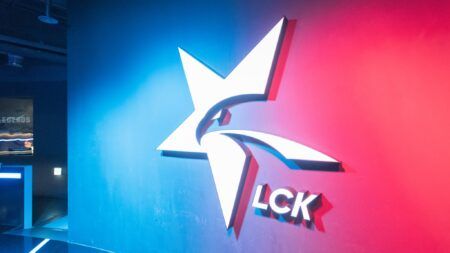 With DAMWON Gaming returning home as the 2020 LoL World champions, all ten LCK teams have invested in some worthwhile free agency transfers to keep the region’s competitive streak going in 2021. As the LCK transitions to a new franchise format, we’ll be seeing some stacked line-ups in the Korean league.

Here’s how we rated the great and not so great off-season transfers in the LCK:

Known as the middleman of the LCK, Afreeca Freecs struggled to put themselves at the forefront of the competition yet again this year. With a few players breaking their backs to carry the team, the local team favorite brought in some big names to spell some success in 2021.

Bae “Bang” Jun-sik returns home after his two-year stint in the LCS, looking to revive his status as a world-class ADC. With Bang now holding down the bot lane with former Hanwha Life support Son “Lehends” Si-woo, Afreeca Freecs will likely opt for a mid-bot synergy with franchise player Song “Fly” Yong-jun to improve their standings.

As the 2020 LoL World champions, DAMWON Gaming is the team to beat in the KR league, but it seems that the org is cleaning up shop for a tighter approach in 2021.

Already known to have talented players in all roles, DAMWON is looking to capitalize on current dynamic duo, Heo “ShowMaker” Su and Kim “Canyon” Geon-bu. After releasing star top-laner Jang “Nuguri” Ha-gwon along with a few solid substitutes, the team hired coaching legend Kim “kkOma” Jeong-gyun to possibly round out ShowMaker into a Faker-esque figure for the organization.

After taking a hard-fought 0-3 loss against DAMWON Gaming at Worlds 2020, DRX has quieted down from its previous young star line-up to go for a complete roster rebuild.

With only Hong “Pyosik” Chang-hyeon staying on as the team’s veteran, the org has welcomed a handful of developing prospects to join the jungler in the 2021 roster. Song “Solka” Su-hyeong finally ditches the substitute role and enters as the starting mid-laner while Academy talents Jeong “Bao” Hyeon-woo and Son “Rebeca” Min-woo finally take on the LCK as the team’s new bot lane.

While this might be a good way to forge some fresh talent for the team, they’ll have to bring out their A-game when facing stronger forces in the LCK.

Despite being a Worlds 2020 contender, Gen.G failed to make an impact throughout the international tournament. Even with a team filled with high-profile veterans, the team was still stuck with its slower-paced LCK playstyle that inevitably left them flatfooted against LEC’s G2 Esports.

With a much-needed wake-up call, the org has brought in former Top Esports coach Yu “Ggoong” Byeong-jun to revitalize the team’s gameplay. With his own experience in one of the toughest LoL regions, Ggoong can help Gen.G transition into a more offensive team agenda with his LPL knowledge.

As for recent player signings, Gen.G acquired Seong “Flawless” Yeon-joon and Kim “Karis” Hong-jo as adequate subs to the stacked line-up, giving Kim “Clid” Tae-min or Gwak “Bdd” Bo-seong a chance to analyze the dense LCK competition from behind the scenes.

Hanwha Life Esports comes out as the definite winner of the off-season. To change their bottom-table reputation, the org grabbed both DRX superstars Jeong “Chovy” Ji-hoon and Kim “Deft” Hyuk-kyu to form the new core of the team.

While the previous 2020 line-up has been carried over, HLE populated the roster with a few young guns to give Deft and Chovy a choice on who they want to field with. With three junglers and three top-laners at their disposal, we’ll likely see an array of faces represent the HLE squad throughout the season.

As the newest team to join the LCK, the squad formerly known as hyFresh Blade comes in as a definite wildcard to the current LCK atmosphere.

Rounding up a six-man roster of young players with raw talent, the new org has a tough debut season ahead of it. Some familiar faces in the BRION line-up include Eom “UmTi” Seong-hyeon, Kim “Lava” Tae-hoon, and Yoon “Hoya” Yong-ho. All three players have had some experience in the LCK with KT Rolster, Hanwha, and Griffin, respectively, but they have yet to prove themselves as consistent playmakers.

One surprising acquisition was support player Yoo “Crescent” Hwan-joong. As a former T1 trainee, he could potentially be a winning factor in the team’s bot lane. The up-and-coming player will have to work out a strong tandem with the team’s current franchise player, Park “Hena” Jeung-hwan.

While Fredit BRION might still be taking small steps to fully realize its identity, we’re glad to see a team foster a promising line-up that’s willing to stand amongst the giants in the LCK.

While KT Rolster is known to stick with a glass-cannon playstyle in a slower-paced league, the team’s defining gameplay still falls short in putting them above the rest of the competition. Despite having known players like Song “Smeb” Kyung-ho and Park “TusiN” Jong-ik, the old guards failed to conquer the playoffs with no outstanding player driving the offense.

For 2021, KT has done a massive overhaul of its roster and focused on taking in more all-around players to aid Son “Ucal” Woo-hyeon. Choi “Doran” Hyeon-joon slots in as the new top-laner, providing map control and playmaking, while hotshot ADC Lee “HyBriD” Woo-jin enters the bot lane to carry on the team’s trademark glass-cannon mindset. From his short time at the LJL, Kang “Blank” Sun-gu also joined KT as their final jungler for the 2021 season.

With improvements on both sides of the map, KT Rolster will possibly play around Ucal as the team’s offensive spearhead to redevelop their identity as a top LCK contender.

Formerly known as SANDBOX Gaming, Liiv SANDBOX enters the 2021 LCK season as one of the more developmental organizations in the field. After an enlightening year with LEC coach and analyst Jakob “YamatoCannon” Mebdi, the team continues to solidify its roster with some apt additions.

SANDBOX’s biggest signing was homegrown T1 support Lee “Effort” Sang-ho. Effort may be joining one of the lower-ranked teams in the league, but his three-year evolution at T1 could bring a more refined approach to how the team plays.

While the team has let go of some fan favorites like Kang “GorillA” Beom-hyun, SANDBOX has always been eager to improve holistically as an organization and will likely transform into a mid-table team in the near future.

After missing Worlds 2020 due to an unfortunate loss at the LCK Regional Finals, T1 is gearing up for 2021 by replacing its good players with more tried-and-tested names.

With the departure of Lee “Effort” Sang-ho, T1 signed ex-DRX player Ryu “Keria” Min-seok as its latest starting support. While it may be the one and only player upgrade T1 banked on this off-season, it’s likely to pay off as Keria can easily mesh well with veteran superstars Lee “Faker” Sang-hyeok and Park “Teddy” Jin-seong leading the charge.

T1 also promoted Academy player Choi “Zeus” Woo-je to the main roster. While not much has been seen from the hopeful rookie, he’s been lauded as a solo-queue star, taking two accounts in the top 5 of the Korean ranked ladder.

As for coach roles, Lee “Zefa” Jae-min returns as head coach after winning Worlds 2020 with DAMWON Gaming. With a slight rivalry now with kkOma joining his former team of DAMWON, we might see Zefa bring out the best in Faker and the boys to finally prove that he’s the best coach in the LCK.

As a recent addition to the LCK from the 2020 LCK Summer Promotion, Nongshim Red Force (formerly known as Team Dynamics) is still trying to find its identity in the league. Currently working with rising ADC star Seo “Deokdam” Dae-gil, the young squad is looking to shape up with one key transfer and a few replacements.

Despite losing some Challenger favorites in Kuzan and GuGer, NR laid out a homecoming for Korean LPL player Han “Peanut” Wang-ho. His previous year with LGD Gaming was a redemptive season. Finishing 15th in Spring, LGD bounced back with a thrilling 3-1 LPL Regional Finals win against Invictus Gaming and slid into Worlds 2020 as the fourth LPL seed.

If Peanut can still bring that cutthroat LPL playstyle into the LCK, Nongshim RedForce may have a chance at besting some of the region’s established superteams.