Zeus is ready to prove himself in the big leagues. 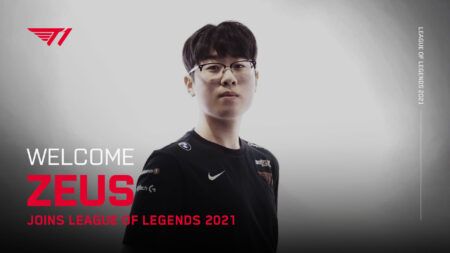 Zeus won the LCK Academy Series 2020 October together with his team, T1 Rookies. Aside from winning the championship, Zeus also impressively climbed to top 5 on the Korea ladder with two different accounts: 1,442 LP and 1,428 LP respectively.

He is now the youngest player on T1’s current roster at 16 years old, with the oldest being three-time League of Legends champion Lee “Faker” Sang-hyeok at 24 years old.

Zeus will play conversely with T1’s current top laner Kim “Canna” Chang-dong who has extended his contract until 2022.