A closer look at SofM’s unusual but effective Gragas build

Building support items on junglers is so SofM. 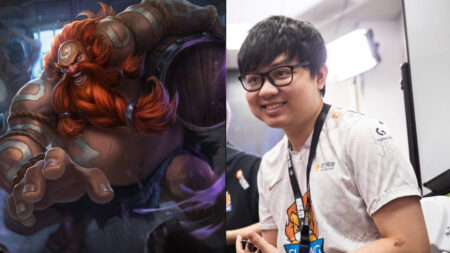 After a two week Lunar New Year break, Suning opened Week 6 of the League of Legends Pro League (LPL) with a 2-0 defeat to JD Gaming in a Worlds 2020 quarterfinals rematch.

Their second match that week took place six days later against Invictus Gaming. With only one match win (4-4) more than Suning (3-5), IG were rolling into the series after a triumphant sweep over league leaders Edward Gaming, snapping their perfect streak, handing them their first loss of the season.

Suning however, were unfazed. After all, they were LPL’s third seed World representatives last year while IG failed to qualify. In both game one and two, they disallowed IG to deploy the same winning formula they used against EDG.

Besides denying Azir from Song “Rookie” Eui-jin, Suning’s response to Lillia in game one was jungle Gragas. More commonly played as a tank in the top lane in the current meta, this was the second time Lê “SofM” Quang Duy brought him to the jungle this season.

After completing Lucidity Boots for the extra Ability Haste, SofM bought an Amplifying Tome and sat on it for sometime. So far, the only other jungler in LPL Spring to use jungle Gragas is Top Esports’ Hung “Karsa” Hao-Hsuan, who purchased Night Harvester as his Mythic item followed by Zhonya’s Hourglass. Majority of solo queue Gragas jungle players go down this AP route for burst magic damage.

Two kills and ten minutes later, SofM did something unexpected — he upgraded the Amp Tome into Shurelya’s Battlesong.

Categorized as a support item, Shurelya’s priced at 2,500 gold is cheap for the stats it gives: 40 Ability Power, 20 Ability Haste, 200 health, and 100% base mana regeneration. It’s unique passive boosts the movement speed of the user and his allies by 60%, decaying overtime.

Taken in the context of Suning’s team composition which relied on Alistar for initiation, SofM was solely using Shurelya’s active when the team decided to reengage. Once Alistar’s abilities were on cooldown, Suning relied on Renekton and Gragas for secondary follow up.

In this mid game exchange by bot lane, the moment Chen “Bin” Ze-Bin’s Renekton teleported into the fight, SofM popped Shurelya’s to propel him forward. He then followed up with his own Body Slam and Explosive Cask combo, which allowed Suning to pick off Kang “TheShy” Seung-lok’s Sion without any casualties of their own.

Looking at the way SofM uses Shurelya’s, it is valuable on jungle Gragas when the team lacks a true tank, when they rely on their support or brusiers to engage and reengage. It is very much a team based item, for players will only get value out of its active if they and their allies have abilities that are not on cooldown mid-fight, which requires coordination.

Last year at Worlds 2020, SofM pioneered Knight’s Vow on Lee Sin, and even pulled out off meta picks like Shen and Rengar jungle. What new build will he come up with next?