Ravenous Hunter is dead, you can only be a Treasure Hunter now

It was too OP, so it got removed. 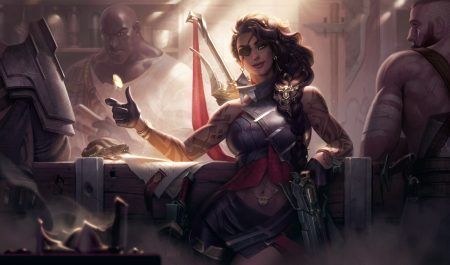 The once beloved rune that gave omnivamp with bounty stacks is gone. This rune was preferred by AD carries because it perfectly complemented building lifesteal for overall solid sustain. Some AD assassins like Qiyana also opted for this rune.

Replacing it is Treasure Hunter, which from the looks of it, is not a perfect substitute.

“Ravenous Hunter was too prevalent in the sustain system as it was too easy to access and stack with other runes, items, and abilities,” Riot Games explained in its patch notes.

Riot also felt that this rune is out of place in the Dominion tree, which is more tailored for aggression. As such, they’re pivoting to reward high risk plays with gold instead.

League of Legends players should also note that this change is coupled with reduced lifesteal to Immortal Shieldbow, Blade of Ruined King, Vampiric Scepter, and Legend: Bloodline in this patch. Healing from Fleet Footwork has also been reduced, and sustain across the board, nerfed.

“I am so incredibly happy about this,” LCS caster and content creator David “Phreak” Turley said in his patch 12.6 rundown. “I think stats that exist very rarely, such as lifesteal, and to be honest, such as mana, should be intentionally opted into via the item system.”

He pointed out that on average, most players only build three items per game. To opt for a lifesteal item in one slot — where lifesteal is a special stat — should be more of a tactical choice rather than a standard item just because a player equipped Ravenous Hunter and Legend: Bloodline.