Hideo Kojima is going to be present for all of it, if that makes it any better. 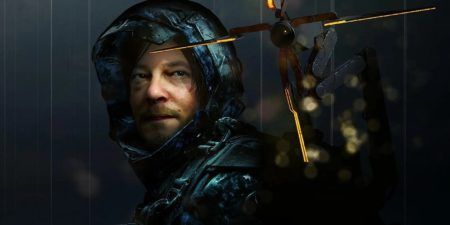 After showing off about six minutes of Death Stranding gameplay at the opening night of Gamescon 2019, Kojima Productions is now preparing to host two extensive gameplay presentations.

One 50-minute and another 30-minute long presentation have been scheduled for the Tokyo Games Show (TGS). TGS kicks off this week on September 12 and is on till September 15, at Makuhari Messe in Chiba, Japan, tweeted the developer.

The first set will be presented on September 12 and that’s the 50-minute one. The presentation will give the audience a look into the overall gameplay of Death Stranding.

The second presentation, the 30-minute long one, is scheduled for the next day on September 14.

There is also a third presentation that’s been scheduled for September 15 with the game’s Japanese voice actors. This session, however, will probably not show any gameplay and is supposed to be more of a fan event.

Hideo Kojima, who presented the Death Stranding clip in Gamescom, will be present for all the three events.

You can watch the entire of Kojima Productions’ Gamescom Opening Night slot here where he introduced a bit of the gameplay, a character called Mama, and Geoff Keighley’s in-game cameo.

What gets screened at TGS may or may not make it to the internet but Death Standing is supposed to be a part of Sony’s live stage show so a part of the footage might still make it online.

As far as game updates go, Kojima told Financial Times in an interview that his mission has been to create a genre “that doesn’t currently exist, and which takes everyone by surprise”.

Ergo, we are not expecting Death Stranding’s gameplay to be something that’s easy.

We do know that the game will come with a “very easy mode” for movie fans. The game will be launching for PlayStation 4 on November 8.

READ MORE: Here’s everything that was announced at Gamescom’s Opening Night Live