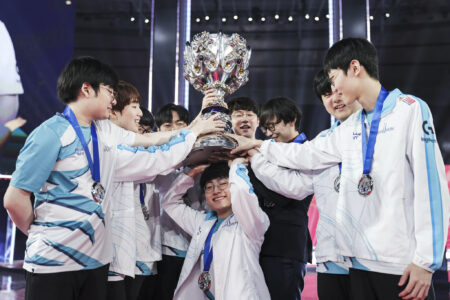 The LCK broadcast gave fans a first look at the skin’s official splash art featuring the five champions selected by the players themselves.

The players chose the following champions:

Everyone’s desired champion skin lines up with their Worlds 2020 post-event conference except for Canyon, who previously said he wanted Graves.

BeryL, in particular, requested for his anime waifu to be integrated in his Leona skin and to be “as close as possible” to the image and likeness of Princess Connect: Re Dive’s Sasaki Saren according to a tweet by Ashley Kang.

Was Riot Games able to capture Sasaki’s vibe to the skin? We’ll have to further wait and see how her model looks on the Summoner’s Rift!