The 2015 Worlds champion has settled down. 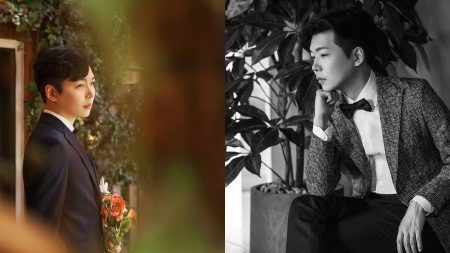 It was a rather small wedding ceremony where only family members of both parties were invited to celebrate the joyous occasion. Even though MaRin kept it a secret, word got out among his fans which he addressed during his live stream.

“Thank you. I didn’t say anything but all of you know about it already. Who posted about it? I don’t understand. It was a small ceremony with just family present,” according to a translated tweet by Kevin Kim.

The Worlds champion was already in a serious relationship even before his 2013 debut as a substitute player for SKT. He doesn’t really keep his partner as a secret from everyone, but fans can tell that MaRin is a very private person.

When asked what he misses the most in South Korea during his time with LPL team LGD Gaming, this was his answer:

Here is a photo of MaRin and his wife, taken from a fan meeting years ago:

He may have retired from the professional scene, but fans still catch a glimpse of this phenomenal Korean player from time to time. His latest project was with Riot Games Korea’s LoL the Next, where he serves as one of the mentors alongside veteran players Lee “Wolf” Jae-wan, Heo “PawN” Won-seok, and Kim “PraY” Jong-in.