5 things you missed from the Genshin Impact Version 1.6 livestream miHoYo gave players a brief overview of what they can expect for the next update during the Genshin Impact Version 1.6 livestream.

A new summer event, a highly-requested skins and outfits feature, a new Genshin Impact character, Kazuha, and of course more challenges with a new boss are coming soon.

The developers also threw in a new batch of Inazuma concept art to further hype players for the upcoming Japan-inspired city.

Here are five things we learned from the Genshin Impact Version 1.6 livestream.

5. Sizzling Jean and Barbara skins are here to heat up summer

Players have been wanting skins and costumes for their characters for quite some time now, and miHoYo is finally fulfilling their wishes with this new feature in Genshin Impact Version 1.6.

When you collect enough Echoing Conches, you will be able to unlock Barbara’s outfit called the “Summertime Sparkle”, while Jean’s skin “Sea Breeze Dandelion” will be sold at an introductory price of 1,350 Genesis Crystals.

4. The samurai boss, Maguu Kenki, is the new opponent to beat

A new boss is upon us, and it is a samurai demon called the Maguu Kenki.

It is a terrifying Anemo and Cryo sword user who can summon phantoms to deliver coordinated attacks. The Maguu Kenki’s giant, a floating oni mask (demon mask) also functions as a shield, blocking ranged attacks.

The Maguu Kenki is classified as a normal boss in Genshin Impact Version 1.6.

Feeling lonesome in your spacious Serenitea Pot home? You will soon be able to bring your characters with you inside the realm.

The Serenitea Pot Companion Move-In Function will let you invite the characters that you own inside your home.

The most anticipated Genshin Impact character, Kamisato Ayaka, was also revealed with new concept art, and gave a tour around the Electro region.

Here are all the confirmed locations in Inazuma, including the earlier ones from the Genshin Impact Version 1.5 livestream: 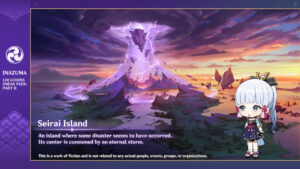 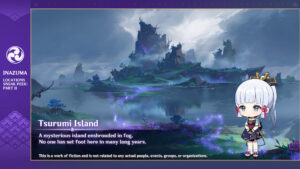 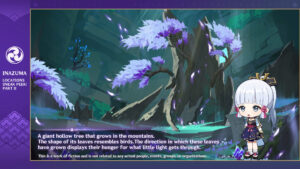 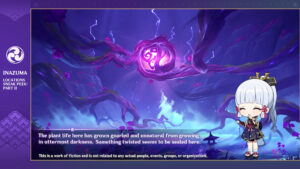 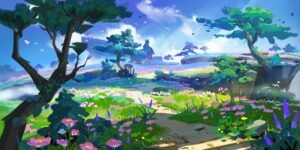 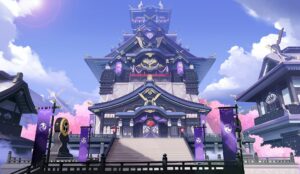 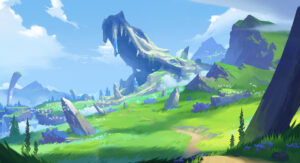 miHoYo has not yet announced the official release date for the Inazuma patch, so players will have to wait a bit longer before they can visit the Electro nation and meet Baal, the Electro Archon.

“Travelers, I shall be awaiting the day we can meet face to face in Inazuma City with great anticipation,” said Ayaka.

The sixth Anemo character has officially been revealed — Sword user Kaedehara Kazuha. Kazuha will be the first playable character from the Inazuma region.

What brings him to Liyue, then?

Kazuha is currently wanted by the Inazuma shogunate, and was adopted by Beidou’s Crux Fleet. His story quest might just pave the way towards the most-awaited Genshin Impact arc since the game started.

The Genshin Impact Version 1.6 update will be released later this June.