YouTube stars, Valkyrae and CouRageJD, are now co-owners of 100 Thieves

Nadeshot just got some executive backup. 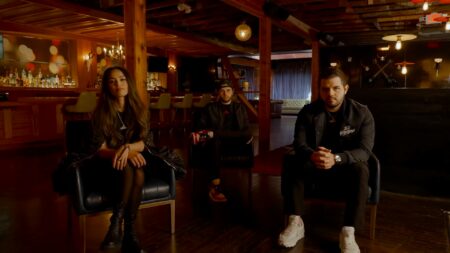 The LA-based org released a video announcement, in which Nadeshot welcomed them in their newest positions. The 100T bigwig saw the content creators as viable business partners who have put in the hard work and dedication to succeed in all their efforts.

Getting their start at 100T as content creators, the duo gradually grew to become the org’s biggest internet stars, each amassing around 3 million subscribers on their respective YouTube channels.

“Looking back, I just feel like it’s been such a long journey and now being a female co-owner, like how did this just happen?” said Valkyrae. “I’m very grateful because I feel like I can be a very good role model too, not just to my community, but to the 100 Thieves community, and to females as well.”

With Nadeshot’s longtime presence in the esports and gaming scene, CouRage admitted that the 100T CEO played a significant role in his venture into content creation. After playing a match of Call of Duty together for a video, Nadeshot commended CouRage’s natural ability to work with a camera.

“I was like, “Nadeshot just told me that I could do this for a living?” explained CouRage. “It planted the idea in my mind like Inception. I always thought about that moment.”

As the new-age co-owners of 100T, Nadeshot believes that Rae and CouRage can bring a more aligned vision to the esports and lifestyle org.

“You guys are the newer-age creators that have so many great relationships and so many great ideas that I just don’t have the foresight anymore,” said Nadeshot to the two. “I think it’s great to have your guys’ temperature on any given situation we find ourselves in.”

You can watch the full video down below:

READ MORE: Hiko drops a 50 bomb on a squad of Radiants