This is what Smash Bros. creator Masahiro Sakurai thinks of the PlayStation 5 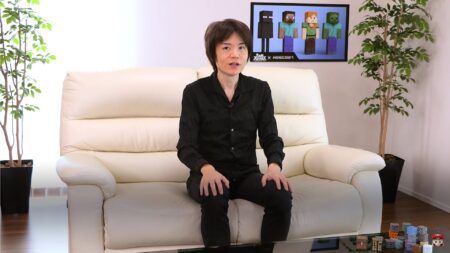 Japanese video game director Masahiro Sakurai’s bread and butter may be the Nintendo-exclusive Super Smash Bros. fighting game series, but that doesn’t mean he’s not as excited as the rest of the global gaming community about Sony’s next-generation PlayStation 5.

One of the lucky ones to “snag a PS5 on launch day,” Sakurai shared his thoughts about Sony’s new flagship video game system in his weekly column in the Japanese video game magazine Famitsu.

“First of all, it’s a big console. This is the biggest PlayStation to date,” he began, adding that the PS5’s design is “cutting edge.” He followed up with an amusing anecdote about where he wound up placing his unit.

“I am able to put it on the shelf under the TV, but thinking about the heat it puts out, I ended up placing it behind my well-ventilated television.”

Sakurai shared his appreciation for the PS5’s backward compatibility with PS4 titles and its impressive performance overall, mentioning that “every action was quick and nimble.”

“The feeling of this rhythm was wonderful,” he added.

While mostly impressed by the PS5, Sakurai did also mention a few areas for improvement for the new console.

For one, Sakurai had reservations about the PS5’s limited internal storage, a concern that has resonated among many early reviewers and critics of the new console.

“The capacity of the SDD, to be candid, is small and already filled up [right away]. Taking out the operating system part, the amount that can actually be used is, what, 600GB?”

He also mentioned that the lack of app folders is “a pain.” Whereas the PS4 featured a more sophisticated game library customization, the PS5 doesn’t have such capabilities upon its release.

Shortcomings aside, Sakurai believes that the Sony PS5 is “a console that many people will enjoy for a long time.”

“Overall, I am very satisfied!” Sakurai beamed about his brand new gaming device. “This looks like the start of a long relationship [with the PS5], and I definitely want to cherish [it].”