Is a next-gen Nintendo Switch coming in 2021?

Animal Crossing: New Horizons on a 4K display? Why not? 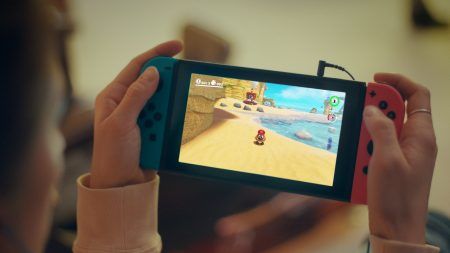 A new Nintendo Switch model may be hitting the market next year, according to reports first surfaced by Taiwan’s Economic Daily News and Bloomberg. No official word from Nintendo yet though, as the Taiwanese publication only cited supply chain sources.

That said, the sparse details that have already emerged should excite long-time Nintendo Switch users, as well as people who are looking to check out Nintendo’s current flagship gaming system.

The upcoming model is reported to be the Switch family’s most powerful version yet. The most noteworthy upgrade that gamers can expect is support for 4K resolution displays, with the computing power to match.

In comparison, the Nintendo Switch console has a 720p built-in display and can support only up to 1080p HD when connected to a TV.

To make the most out of the performance upgrade, the reports also hinted at a new slate of games that will come along with, or soon after, the release of the upgraded Switch device.

Nintendo has been relatively quiet about big game releases for the 2020 holiday season, but major titles like Metroid Prime 4 and the sequel to The Legend of Zelda: Breath of the Wild are already in the pipeline. Perhaps these games are being reserved for the new console’s grand reveal.

The Nintendo Switch has been a massively successful video game console since its release in 2017, partly because of its practical hybrid design. The original Switch console can be used as a handheld device, a portable mini-console with removable controllers and its own built-in screen, and ultimately as a home console that connects easily to any room’s main TV.

Last year, Nintendo released the Switch Lite —  a more affordable, handheld-only version of the Switch system — to appeal to the on-the-go gaming audience.

This year, the Nintendo Switch enjoyed another surge in popularity, as video games quickly became people’s pastime of choice amid the global COVID-19 pandemic. Demand also increased as the Switch-exclusive Animal Crossing: New Horizons quickly became the hit game of the year, with its March 2020 launch coinciding with widespread lockdowns taking place around the world.

As a result, Nintendo has enjoyed a whopping 428% increase in operating profits for its fiscal first quarter. Switch and Switch Lite sales in 2020, specifically, grew 167% based on year-on-year numbers.

The next-gen console wars between Sony’s Playstation 5 and Microsoft’s Xbox Series X may already have cornered the market for video game buyers in the upcoming holiday months. But if a 4K-ready Switch is ready to roll out in 2021, Nintendo won’t fall far behind their rivals.

READ MORE: The Nintendo Switch has overtaken the NES in lifetime sales