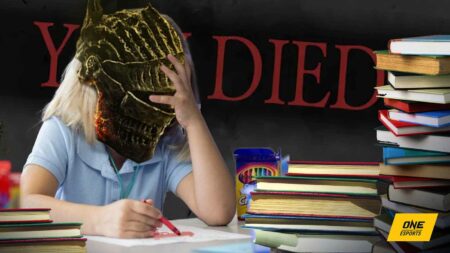 See, mom and dad? Gaming can be educational!

Studying usually comes at the cost of precious gaming hours, but is there a way to merge the two activities together? One gamer just found the answer.

A Japanese high school student decided to stream his first run of Dark Souls 3, but with an interesting twist — every time he dies, he has to study for ten whole hours. 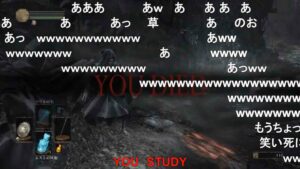 From Software’s Souls franchise is known for its intense gameplay mechanics and extremely difficult boss battles, making it the perfect game to hone your skills and experience a few unforeseeable deaths.

The streamer broadcasted the game on the Japanese website Niconico, where viewers could leave comments on the actual stream. The best part came when the game flashed its iconic “you died” phrase upon death, prompting a few viewers to follow it with a “you study” comment.

Rather than ending the stream after one death, the Souls player continued to broadcast himself committing to the ten hours of study. In one screenshot, you can see a spread of books and notes on his table with a phone counting down until his next shot at Dark Souls 3.

The student kept his identity a secret by playing through a box with armholes and eyeholes. Could he also be a Solid Snake fan? We’ll have to wait for his next study and gaming session.

Though the video was recently taken down, Twitter user game_yarikomi mentioned that the user was in it for the long haul, aiming to pass his university exams and finish the game by the time he graduates.

With only one and half years left, we hope that the Dark Souls student gets a satisfying win both in-game and in real life.