Step aside Pokémon GO — The Witcher: Monster Slayer could be the next big AR game

Toss a coin in the real world. 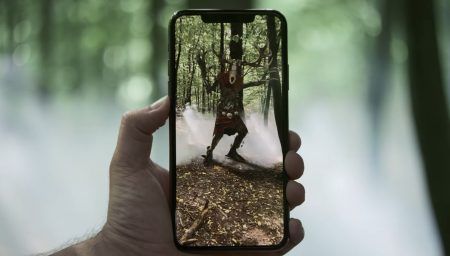 After Pokémon GO, Minecraft Earth, and Harry Potter: Wizards Unite, The Witcher is jumping in on the augmented reality bandwagon with Monster Slayer.

The Witcher: Monster Slayer lets players take on the role of a swordsman, taking down ferocious monsters lurking nearby.

It also offers immersive AR combat so players will surely have a great time hunting and slaying bears, fiends, gargoyles, and all kinds of abomination. For the full Witcher experience, you can strengthen your character by equipping them with bombs and certain oils, just like in the original video game!

In between all the monster-killing, you’ll meet friendly characters who will help you on your journey. Since the game is set in a time before the great Geralt of Rivia, fans should expect a world without Yennefer, Ciri, or some of the series’ other popular characters.

Players will also receive rewards for completing quests like silver, potions, or even a grand medallion.

The Witcher: Monster Slayer will be developed by CD Projekt Red’s Spokko studio and will be released for Android and iOS devices.

Here’s a sneak peek at what the game will look like: