The Witcher Netflix series is getting a six-part prequel spinoff

The story of the first ever Witcher will soon be revealed. 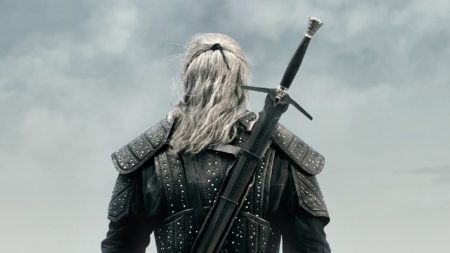 The success of Netflix’s serialized adaptation of the book-turned-video game series The Witcher is bearing fruit in more ways than one. Already locked in for a second season, the cast and crew are scheduled to resume production as early as next month.

But there’s plenty more in store for fans of Andrzej Sapkowski’s fantasy world.

The show’s mythology is set to expand even further with a live-action limited prequel series called “The Witcher: Blood Origin,” set more than a millennium before the adventures of Geralt of Rivia take place.

Comprising six episodes in total, Blood Origin will depict the origin of the very first monster-hunting Witcher, set during a time when “the worlds of monsters, men and elves merged into one.”

The Elven civilization will be the focal point of the new series according to showrunner Declan de Barra, who wrote the fourth episode of The Witcher’s premiere season and contributed songs to the show’s soundtrack.

“What was the Elven world really like before the cataclysmic arrival of the humans?” de Barra mused in a statement. “ I’ve always been fascinated by the rise and fall of civilizations — how science, discovery, and culture flourish right before that fall.”

Working with de Barra on the project will be The Witcher showrunner Lauren Schmidt Hissrich as co-executive producer, as well as author Andrzej Sapkowski as creative consultant.

The show has yet to announce a production schedule or release date at the time of writing. Likewise, it seems too early to expect any final casting news. Given that Blood Origin will be set 1,200 years before the events of the main Witcher series, chances are Henry Cavill will not be heavily involved — giving him more sweet time to enjoy his new gaming rig.