The big foray into competitive gaming is part of its 60th anniversary bash. 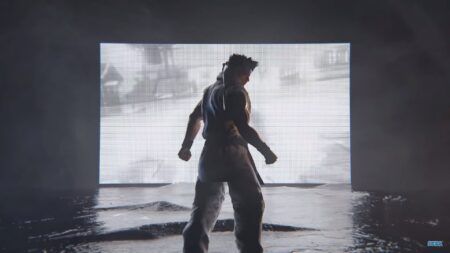 SEGA turned quite a few heads during its livestream at Tokyo Game Show 2020 as it teased its plans for the return of Virtua Fighter. While there were no mention of an all-new sequel to the pioneer 3D fighting game, it did confirm that esports will be a key component in its comeback.

The SEGA teaser starts by playing up the history of Virtua Fighter in the arcades and its many in-person tournaments. This is followed by various cuts of esports events before fading into a silhouette shot of Yuki Akira’s back before the project’s name — Virtua Fighter x esports — shows up.

On the project’s official website, SEGA confirmed that Virtua Fighter will be “restarted,” while a translation of a Twitter post used the word “rebooted.” That could mean a remastered, remade, or a revitalized new first-game release may be in store for the franchise.

“[It] will be restarted as an esports title to commemorate the 60th Anniversary of SEGA’s founding,” the website further shared. This hints at how SEGA may have more plans for esports, especially after its initial venture into this competitive space with Puyo Puyo Esports.

The last entry for the Virtua Fighter fighter showed up in the early 2010s, specifically in 2010 at arcades and in 2012 for the Sony PlayStation 3 and Microsoft Xbox One.