These thrones are worth sitting on. The final season of HBO’s epic fantasy series is upon us, and it’s time to watch them in comfort.

Making their debut today are Singapore-based Secretlab’s new Game of Throne-themed gaming chairs, and they are amazing to behold. These limited edition variants will feature three fan-favorite Houses: Stark, Targaryen and Lannister.

It’s not the first time the chair maker has released themed chairs, earlier last month, Secretlab showed off the Batman chair, and also makes a bunch of seats with League of Legend skins, including a gold one for the ongoing Mid-Season International 2019.

The chairs will come in Omega and Titan flavors, and will feature Secretlab’s standard features, including a multi-tile mechanism, four directional armrests and the use of cold-cured foam.

The Omega model will retail for US$389 while the Titan will be available for US$429. 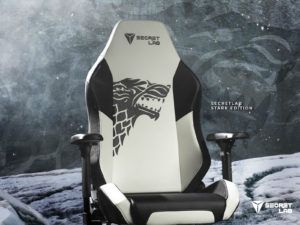 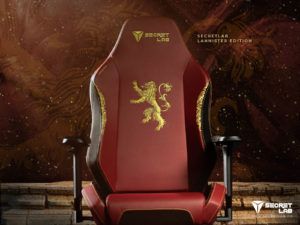