Expect even more pros from the Philippines. 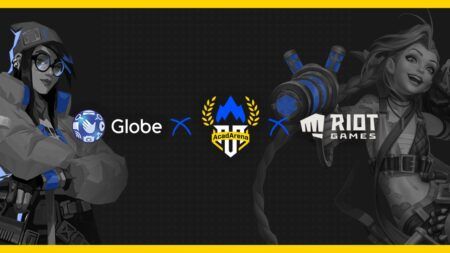 Esports AcadArena, the leading campus esports program in the Philippines, has announced that it is teaming up with Riot Games Southeast Asia to bolster its campaign to promote esports education in Philippine schools. The partnership also involves Philippine telco Globe Telecom.

The collaboration is expected to lead to bigger and better student gaming initiatives across the Philippines. First up for this partnership will be University Alliance Cup (UAC), headlined by Riot’s hugely popular first-person competitive shooter Valorant.

The tournament is scheduled to kick off on October 17 and will flaunt a prize pool worth approximately US$9,275. The grand champion will also represent the Philippines in the international PVP Esports Campus Championship.

The upcoming League of Legends: Wild Rift is also expected to be a featured game in the UAC when the game officially launches.

Meanwhile, Legends of Runeterra will figure prominently in AcadArena’s other weekly community events.

For Riot Games, partnering with the Philippines’ premiere campus esports initiative is a step in the right direction for the continued growth of the global esports scene.

“We are excited to work closely with Esports AcadArena and Globe Telecom to bring our games to campuses in the Philippines.”