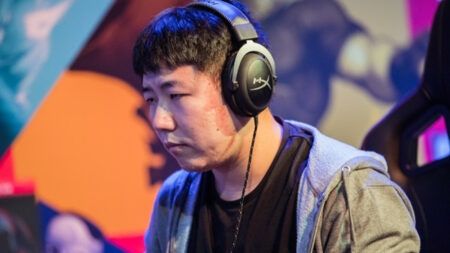 Jiewa has qualified for the Capcom Cup 2020

Xijie “Jiewa” Zeng will be China’s Capcom Cup 2020 representative after an absolutely dominating performance at the CPT Online China qualifier.

Jiewa’s Akuma emerged from a field of 207 entrants, which included most of China’s top pros, making it to the top eight without losing a single round.

He continued his stellar play in the grand final, where he faced Yanxin “VXBao” Luo’s M. Bison, taking the very first round with a quick perfect. He followed it up with an incredible zero health comeback that clearly rattled VXBao’s confidence for the rest of the match.

From there, it was all Jiewa as he cruised to an easy 3-0 victory, taking the next four rounds in a row.

Built by Gamers’ Joseph “Bjor” Bjorklund has pulled off what might be the Valorant highlight of the year with an incredible seven-second ace against TSM at the Nerd Street Gamers First Strike Qualifier.

In the eighth round of their group stage match on Haven, TSM went for an all-out A-site push through Sewers with Taylor “drone” Johnson using his Phoenix ultimate to entry frag for his team.

However, Bjor was ready and waiting and, after letting drone run straight past him as he hid in the corner, he popped out and surprised both Stephen “reltuC” Cutler and James “hazed” Cobb with a Stinger, then switched to a classic and took out the returning drone, whose ultimate had just ended. He then picked up drone’s Phantom and killed both Yassine “Subroza” Taoufik and Matthew “Wardell” Yu to complete the incredible Ace.

You have to see it for yourself to believe it:

ONE Esports and Moonton have announced the Mobile Legends Professional League Invitational (MPLI), a 20 team tournament that will bring together the best teams from Indonesia, Malaysia, Myanmar, The Phillippines, and Singapore to compete for a US$100,000 prize pool.

The invited teams come from five different countries and include all four MPL S6 champions:

The single-elimination knockout tournament is set to begin on 27 November, and will span two action-packed weekends with the finals culminating on 6 December 2020.