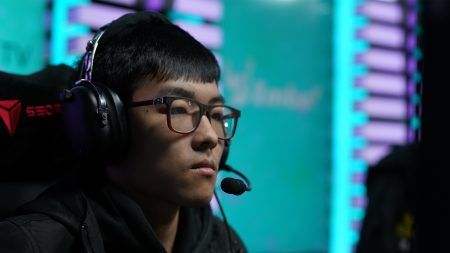 EHOME wrapped up China’s Dota 2 DPL-CDA Pro league a little earlier than expected, thanks to a perfect 8-0 record heading into the final days of competition.

EHOME locked up the league’s top spot with a 2-1 victory over rivals Vici Gaming, putting them out of reach of second-place team, Invictus Gaming.

In EHOME’s match against VG, it was Zhang “Faith_bian” Ruida who proved to be the difference-maker for his team, despite playing in the midlane instead of his usual spot in the off lane.

Faith_bian excelled on Broodmother, shutting down his counterpart, Zhang “Eurus” Chengjun from the start, and exerting map control early with his Spin Web charges all over the Dire neutral camps. By the time Faith_bian secured his Aghanim’s Scepter he had total control of the map, as EHOME cruised to a lopsided 28-9 victory in just 25 minutes.

Team Secret have defeated Natus Vincere in the grand final of the Gamers Without Borders charity Dota 2 tournament, winning their second-straight online championship in a week.

Hot off the heels of their 3-0 sweep of Virtus.pro to win the WePlay! Pushka League last week, Secret put on another dominating performance, this time sweeping Na’Vi 3-0.

Secret notably sealed the deal in game three of the final with highly unusual picks in a carry Nightstalker for Lasse “MATUMBAMAN” Urpalainen and a support Luna for Yazied “YapzOr” Jaradat.

Na’Vi had no answer to Secret’s unorthodox comp, going down in just under 30 minutes in a one-sided 6-28 game.

While Gen X grabbed an early lead with the game one win, IDNS charged through the next three games with decisive team fights and Lord acquisitions to complete the reverse sweep.

IDNS has now qualified for the ONE Esports Mobile Legends: Bang Bang Invitational, which will see 12 of the best MLBB teams from around the world compete for a US$150,000 prize pool.

After winning the title, BirDie decided to retire from pro gaming, and is now a full-time game streamer on Twitch.