For all intents and purposes. 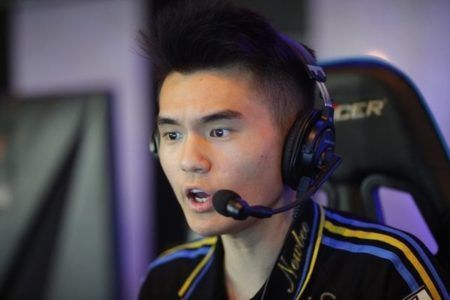 It’s been a crazy week of player shuffles in the Dota 2 scene. Russian powerhouse Virtus.pro made a big move, dropping offlaner Pavel “9pasha” Khvastunov who will be joining regional rivals Na’Vi. Malaysian veteran Chai “Mushi” Yee Fung returns to China, this time as the Position 5 role at Keen Gaming.

Apex Legend’s reality-warping Wraith gets her backstory explored in a new trailer from developer Respawn Entertainment.

The trailer shows Wraith on a covert mission inside the lairs of the Interstellar Manufacturing Corporation when she bumps into someone that needs help: herself.

Moonton is now selling tickets for the MLBB World Championship 2019

Mobile Legends: Bang Bang World Championship (M1 2019) is taking place in November in Kuala Lumpur and you’ll want to get tickets fast before they sell out.

The tournament will be selling one-day and three-day passes, with different tiers containing more benefits. The three-day pass features an exclusive gold-tier ticket, giving you a better seat at the event and an exclusive goodie bag. As for ticket prices, you can purchase a three-day gold ticket for MYR110 (US$26).

Summer Jam 13, despite being on American soil, featured an all-Japan Grand Final. Yuta “Chikurin” Take took first place with an undefeated run, but Shoji “Double” Takakubo was a strong and worthy opponent that kept the THY player on his feet.

In the Grand Finals, Chikurin went with his usual choice of Geese Howard while Double stuck with his main character of Marshall Law.

In the end it all came down to the fifth game’s last round, with Chikurin distancing himself once he got a significant health advantage. With Double trying to rush him down for some damage, Chikurin executed one last Reppuken to the dashing Law to secure his well-earned victory.