Mushi returns to China, but this time in a different role. 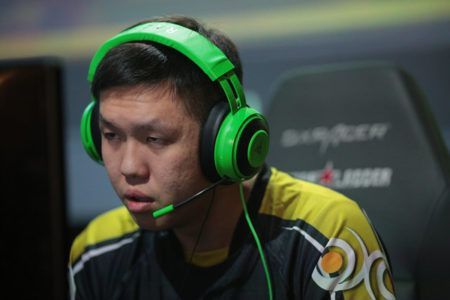 “After negotiations between the two sides, Malaysia’s well-known player Mushi will join the KG esports Club Dota 2 team as a free agent as the Position 5,” said Keen in a Weibo post in Mandarin.

“As an experienced Dota veteran of many years, we believe Mushi’s addition will bring great changes to the new season of the KG team.”

Mushi was most recently the coach for Mineski during The International 2019 (TI9), helping them to a 9th-12th place finish after not qualifying for the tournament himself as a member of Geek Fam.

This marks the third time that the Malaysian veteran has joined a Chinese team, as he was part of the star-studded DK lineup of 2014 and had a brief stint with Team Aster prior to his move to Geek Fam.

Mushi’s move to Keen Gaming as the position-5 support is intriguing, as he has largely played at either position-1 or 2 in his previous teams. While Mushi was one of the best core players in the world during his prime — notably leading Orange to a finish in TI3, as well as fourth-placed finishes with DK in TI4 and Fnatic in TI6 — it seems that Keen is more after his experience and insight as a veteran.

Mushi’s acquisition also seems to signal that Song “dark” Runxi’s time with the team is close to being over, as he has both been the team’s captain and position-5 player. Mushi may very well end up taking over dark’s role in the team, but no formal announcement has yet been made.

It is very likely that Keen will soon make more announcements involving its other players as well. While Zhai “一” Jingkai and Hu “Kaka” Liangzhi are expected to continue as the team’s position-2 and position-4 players, Keen still has to decide if it wants to discuss full transfers for carry player Wang “old chicken” Zhiyong and offlaner Ren “eLeVeN” Yangwei, who are both on loan from EHOME.

Keen seem set on continuing to rely on its current core of 一 and Kaka and surrounding them with veteran while looking to improve on its disappointing 13th-16th place finish in TI9. Having a solid veteran presence in Mushi seems like a good first step down that path.