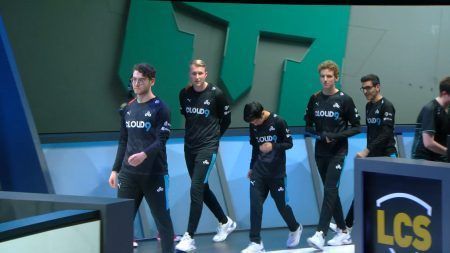 Breso wins the Fortnite Summer Smash tournament with a controller

Unsponsored Fortnite player, Breso, has become the first player to ever win a Fortnite LAN tournament using a controller, taking home US$100,000 in prize money.

However, Breso’s win has been somewhat controversial due to the aim assist advantage that comes from using a controller.

Pro Fortnite player, Mack “MackWood” Aesoph, even went as far to say that Breso’s achievement will be “defamed” due to his use of a controller.

Cloud9 soar above the competition in the LCS

Cloud9 continues to impress in the League Championship Series, with wins over Immortals and 100 Thieves in week 2.

Cloud9 bot laner, Jesper “Zven” Svenningsen, has been a standout for the team in their recent games. Against Immortals, he finished with a perfect 7 – 0 – 6 KDA, and heavily contributed to his team’s 15-3 stomp over their LCS rivals.

Mushi has one of the most decorated careers in all of pro Dota, which included notable stints with the legendary Team DK squad in 2013 and with Fnatic from 2015 to 2017.

The coronavirus causes disruption to esports events across Asia

As the nCoV coronavirus continues to spread throughout the world, with over 30,000 people infected, and more than 600 deaths, organizations have responded by postponing or outright canceling many esports tournaments and events, particularly in Asia.

Postponed events include the Dota 2 Chinese open and closed qualifiers for the LA Major and the Dota 2 Acer APAC Predator League.

Meanwhile, the League of Legends Champions Korea Spring Season will continue as scheduled but will be played without a live audience until further notice.