How to play Riot’s new board game Tellstones: King’s Gambit The game is “all about playing the player”, and focuses on player memory and interactions.

In Riot’s tutorial video, they unveiled the full details on how to play this bluffing and memory game. Played with two or four players, players take turns taking one of six actions until someone wins by reaching three points, or when a Boast is resolved.

The setup for two players involves:

Next, place one score marker next to each tracker and hand a reference card to each player. Lastly, players need to randomly decide who goes first. 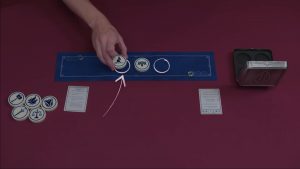 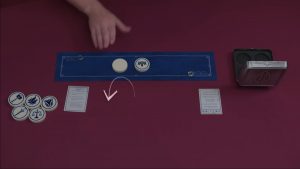 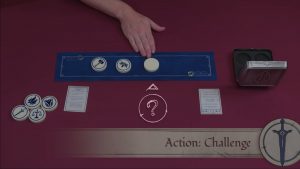 There are six actions that a player can choose to take in each turn. For many of these actions, you’ll tell your opponent what to do.

When a Boast is called, your opponent has three choices on how to respond:

The player reference card details the six actions you can take, and also lists Boast choices on the back.

Variances apply when four players are at play. Players of the same team (colored in green and orange) will sit diagonally across each other, where the round goes clockwise. As it is a joint effort, teammates may talk to each other at any time with one condition — they must speak openly so that everyone at the table can hear.

During Peek, if their opponent scored a point, both the player and his or her teammate may look at up to three stones. Another difference is that when Boast is called, teammates must take turns naming each stone. The player who initiated this action will go first.

Tellstones: King’s Gambit is available in the Riot Merch online store priced at US$30.

READ MORE: Everything we know about Tellstones, Riot’s new board game set in the world of Runeterra