And probably about 30 minutes for you to play through it. Video games consist of intricate level designs that players usually breeze through in a matter of minutes, but how many hours does it take to actually make those levels?

With Uncharted 3 celebrating its tenth anniversary on November 1, video game developer David Ballard spilled a few details about one of the game’s most iconic levels.

David Ballard is credited as an environment artist on Uncharted 3, and stated that it’s one of his favorite projects to have ever worked on.

How long does it take to design a video game level? 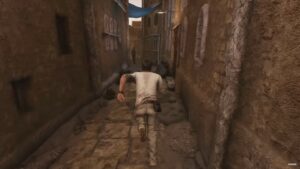 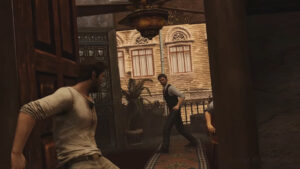 Ballard recalled some interesting facts about the Talbot chase sequence found in Chapter 11, As Above, So Below. The level features a dynamic long take that follows protagonist Nathan Drake through the busy streets and buildings of Yemen.

Though Nate’s pursuit feels like an endless journey, Ballard revealed that the entire chase sequence is actually one kilometer long and takes about five minutes to complete.

The environment artist spent an entire year on the Talbot chase with numerous collaborators, designing the various assets that are seen and used during the level.

Looking at Uncharted 3’s credits, Ballard worked with 11 other environment artists to construct the settings of the action-adventure classic.

With an entire year going into just five minutes of gameplay, it’s safe to say that Ballard and the development team delivered in creating a memorable level for the Uncharted franchise.

You can check out the full chase scene in the walkthrough down below:

READ MORE: Why Uncharted could potentially be the best video game film ever