Guilty Gear Strive has been delayed to June 2021

See it as a two-month Roman Cancel. 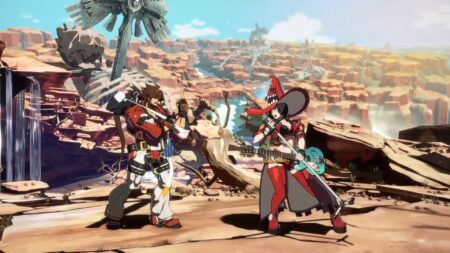 The highly awaited fighting game Guilty Gear Strive has officially postponed its release date from April 9 to June 11. This will be their second delay since its initial release date of late 2020.

With the first delay caused by workplace transitions in the midst of the coronavirus pandemic, developer Arc System Works issued the latest delay because the game still had to go through some slight improvements to really deliver a standout fighting game.

“Since we have received valuable feedback after the recent open beta test, we would like to make the most of this opportunity to provide the best game possible,” said the GGS development team in a tweet. “We need extra time to polish some aspects of the game, such as the online lobbies and the server’s stability.”

PlayStation players were able to test out what Guilty Gear Strive had to offer in a quick open beta test in February. While the game featured the franchise’s most iconic characters in a new light, GGS also impressed users with its incredible netcode, letting them fight across regions with minimal lag.

While fans might have to wait two more months to play GGS, this delay could foster a bigger player base for the game’s release.

The series’ previous installation, Guilty Gear Xrd, received critical acclaim but failed to develop a strong online player population with only an all-time peak of 1,614 players on Steam compared to Tekken 7’s 18,766 and Street Fighter V’s 13,807.

The game has already provided in-depth tutorials to its base roster and teased two new characters of Anji Mito and I-No who were not playable during the beta. From the looks of it, the developers might also try to smoothen out character gameplay and provide a balanced meta for the competitive scene.