The Snezhnayan archer is a perfect addition to your party. 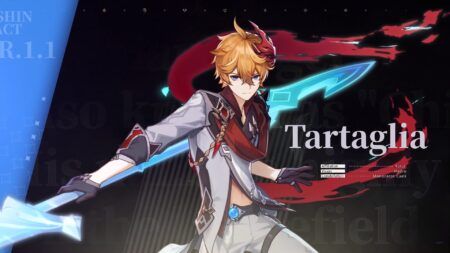 Genshin Impact’s 1.1 patch update has added some new content to the game, including a new playable character in Childe.

While the fiery Diluc has been lauded as the best S-tier character in the game, Childe enters as a new contender for the most sought-after character. Genshin Impact recently released a trailer of the hydro bow user and his kit seems to be the perfect mix of physical attack and elemental power.

The trailer gives players a sense of what Childe brings to the world of Teyvat.

To start things off, Childe’s Master of Weaponry is easily an S-tier passive. With Childe in your party, he passively grants one level to all party members’ attacks, dealing increased damage as a result. While it may not make too much of a difference with lower-leveled characters, the buff is essential to push level 6 talents and up for a significant damage boost.

As for his combat gameplay, Childe provides your party with both melee and ranged attacks. In his normal bow stance, the Fatui member plays out the usual damage with his successive attacks.

One brand new system that Childe utilizes is the effect of his charged arrow attack, Riptide. With Riptide, Childe can attack the Riptide target for more hydro AoE damage. If the Riptide target dies, it causes a hydro burst and transfers the status to other nearby enemies.

His elemental skill, Raging Tide, temporarily summons hydro weapons for Childe to get up close to his enemies. Just like other melee weapons, Childe can do some quick combos with some extra hydro damage.

As for its Riptide opportunities, Childe’s melee attacks can apply Riptide on a critical hit. When attacking enemies with Riptide, the melee master now deals hydro AoE damage, making him a Pyro Abyss Mage’s nightmare.

Childe becomes a showstopper with Elemental Burst, Obliteration. In his bow stance, the bow user shoots a large hydro arrow that deal AoE damage and applies Riptide on all targeted enemies.

As for the melee variation, Childe swings his hydro spear around him and slashes through his surroundings. If his targets have the Riptide status, Obliteration will cause a hydro burst, dealing even more hydro damage.

From the looks of it, Childe is easily an S-tier mainstay for many Genshin fans. With the ability to chain out hydro damage and switch between melee and ranged attacks, the Eleventh Harbinger revolutionizes how hydro can be used as a foundation for some deadly elemental reactions.

READ MORE: Everything you need to know about the Genshin Impact 1.1 patch