Everything you need to know about the Genshin Impact 1.1 patch

Get ready for new characters, useful items, and a ton of quests.

Genshin Impact is a month old and players can now look forward to the game’s biggest update to date in patch 1.1. While there have been leaks of certain changes involving characters and new features, miHoYo finally unveiled the official patch details during a midnight sneak peek live-stream.

Here’s everything you need to know Genshin Impact’s big update:

There are four new characters to wish upon 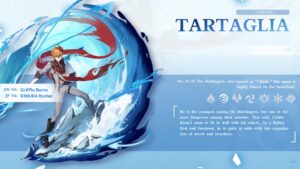 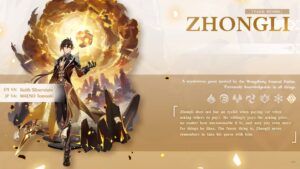 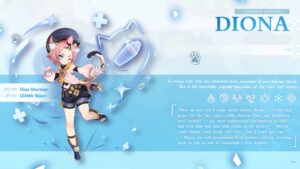 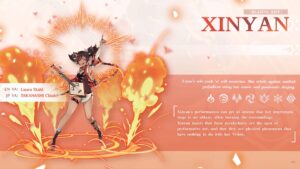 If the release of Klee did not entice you enough to spend your primogems, Genshin Impact is introducing a new quartet to lure you back into the gacha system.

Familiar faces Zhongli and Tartaglia (a.k.a. Childe) will be the two 5-star pulls in the upcoming banner. Childe is a Hydro bow user with an Elemental Burst that equips him with a temporary melee weapon. While he may be a know-it-all consultant, Zhongli is a Geo polearm user that can rain geo-meteors down on your enemies.

As for completely new characters who haven’t appeared in-game yet, players can keep an eye out for the 4-star characters, Diona and Xinyan. Diona is a cat-girl bartender who is also a Cryo bow user. From the looks of her attacks, she’s a solid mix of Venti’s multi-shot arrows and Chongyun’s Spirit Blade.

As Liyue’s very own rockstar, Xinyan enters Genshin as the second Pyro Claymore user after Diluc. While Diluc is considered to be an uncontested S-tier character, Xinyan can steal the show with her elemental shield and stadium-rocking AoE burst.

The story of Liyue recieves a new chapter

While we were able to savor the land of Mondstadt with the complete tale of Stormterror, Liyue Harbor fell a bit short with an unexpected cliffhanger. Luckily enough for fans of the lore, miHoYo has confirmed that the update will continue the story of Rex Lapis.

Despite showing only a few screenshots and teasers, the developers revealed one of the story bosses you’ll have to face: Childe. Even though he enters the story arc as a friendly acquaintance, we have to remember that Childe is still part of the mysteriously evil Fatui and this next chapter may dig up some dirt about their business in Liyue.

The teaser clip showed him in his final form as a Fatui Harbinger and he’s likely to become a new weekly boss like Stormterror and the Wolf of the North.

Aside from Childe, we’ll also see other characters like Ningguang and Xiao make their way into the main story. Not much has been revealed about their roles, but they might play an important part in the story’s conclusion.

You now have portable accessories, oculi and treasure locators, and ready-to-eat food 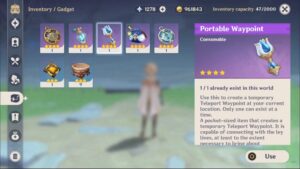 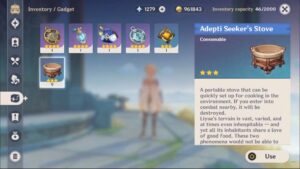 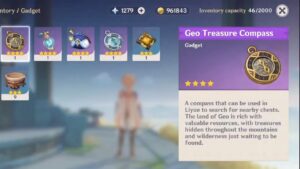 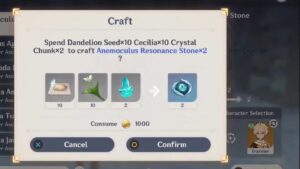 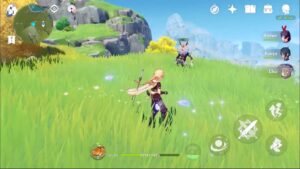 Genshin’s quality of life gets some well-needed upgrades that players will absolutely love. First off, the game will now provide portable waypoints to help you reach out-of-way locations such as the Wolf of the North and Beidou’s ship. Players can also expect a portable stove to cook Sweet Madames on without having to share with any hungry hilichurls.

While the portability seems too good to be true, both items will have a consumable amount, meaning that you’ll either have to buy or craft the mentioned accessories.

Some other noteworthy items for perfectionist travelers are the treasure compasses and oculi resonance stones. If you haven’t found all the oculi yet, oculi resonance stones are craftable items that reveal the general location of any overlooked oculi. The treasure compasses feature a similar kind of location reveal with treasures in various regions.

The last worthy addition to the game is Nutrition, Ready-to-Eat (NRE). With this new mechanic, you can now equip a specific food item and consume it instantaneously without entering any menus.

In the current patch, players have to click an average of seven times just to consume something. If you happen to be in co-op mode, there’s a likely chance that you’ll get sniped by an enemy while trying to do it.

There’s now a Reputation system in each region

If you went through the story arcs and world quests, you’re probably stuck doing domains and daily commissions to farm your Adventure Rank EXP. To fill its vast world with more quests, miHoYo will be adding a Reputation system to bide your time with.

The Reputation system will give players new tasks in the forms of bounties, requests, world exploration, and regional quests. While you might foresee this as another version of daily commissions, it’ll provide weekly interactions with the townsfolk and more unique rewards upon completion.

You can get a free Fischl through an in-game event 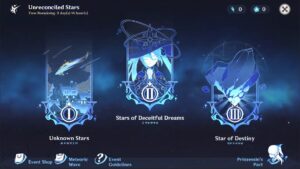 Genshin Impact will also introduce a new in-game event called Unreconciled Stars. With three stages, Unreconciled Stars looks like it will coincide with the Liyue storyline, making players traverse the map once more to do specific tasks and interact with falling stars.

Though we’re still not sure what will happen with the event, the live-stream showcased that the final free reward is Fischl, the 4-star Electro bow user. If you happen to have a Fischl already, the game will probably provide you with the standard character constellation and some Stardust for your efforts.

READ MORE: Genshin Impact has made US$250M in just one month