Learn from the man who made the game himself. 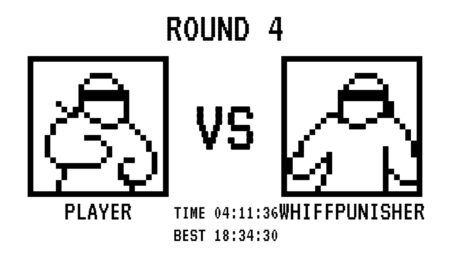 For this special edition of Pro Help we’re looking at Footsies, a fun and creative fighting game that has caught the attention of many professional players.

The game is relatively simple in design but includes all the complexities that players enjoy in fighting games.

Footsies was created by HiFight, a well-known content creator famous for providing some of the best match breakdowns in the FGC community.

ONE Esports was able to catch up with HiFight to talk about why he created the game, why players should be giving it a try, and his five tips on how to improve in Footsies.

How Footsies got started

This might not sound that interesting, but Footsies got started just because I wanted to practice making games with Unity.

I had some experience with the Unity engine before, but in order to improve, I felt that I should try to make a complete game. Of course, it had to be a super simple game, so that I could finish it by myself. With that in mind, and with the amount of time I spent playing and watching fighting games at the time, the idea of making a super simple fighting game came to me naturally.

What if I make a fighting game in which players cannot jump? The game allows them to only move left and right, playing only ground game… playing footsies. It’s a fighting game that is all about whiff punish and hit confirm! At that point, all the ideas just came together step by step. A parody fighting game about footsies where all attacks that the character has are kick attacks, and it should be called ‘Footsies’.

What fighting game newcomers can learn from Footsies

For any fighting game, it’s important to learn about the mechanics of that game and the character that you want to play first. After you get comfortable enough with the game mechanics and the character, that is where you can start gaining real match experiences with other players.

You will learn about the options that you have in each situation, which attack do you use to whiff punish, what sequence do you use for hit confirm, when is a good time to take a risk and so on. I think that there are a lot of players who have never really [gotten] to the level where they understand what is happening in the game, and actually enjoy the interaction with the opponent.

This is what Footsies brings to the table. In Footsies, you finish learning about the game mechanics and character in 5 minutes. So, everyone gets to experience the real fighting game match right away. In a way, I think that Footsies [can help] teach casual players what it’s like to play a fighting game with other people.

When you start playing the game, you might think that you are not good enough to whiff punish or hit confirm. But I believe that the more you practice this, the [better] you can get at the game. That is why I added whiff punish and hit confirm mini-games, so that the players can easily practice and see their improvements.

How to get the most out of the frame data

By having in-game hitbox and frame data, I think that it might help new players to study more about fighting game mechanics, too.

The most important numbers are startup, advantage on hit and on block. By knowing these numbers, you can tell whether certain attacks are safe or punishable, if it is punishable, which attacks can be used to punish that.

Don’t forget to actually test this in a real match too, because frame data won’t tell you about distance. Some attacks might be too far enough to punish in some situations, even if the frame data said that it’s punishable.

Always remember it’s an even game

You are playing the exact same characters as your opponent, so anything that they can do, you can do it, too. Footsies is not all about reaction, try guessing what the opponent is going to do and prepare the counter for that.

1. Learn the range of normal attacks and try to stay just outside of it, while looking for whiff punishes.

2. When you’re outside of normal attack range, always buffer your attack. Press attack buttons two times consecutively. They might walk into it, or you might get a lucky whiff punish, too, sometimes.

3. Learn how to use Donkey Kick at the maximum range. It’s super powerful and difficult to punish.

1. You can cancel your charge during block or dash animation, so you can be more flexible on whether you are charging or not.

2. When you get a guard broken by Donkey Kick, it’s not a guaranteed kill. You can backdash to avoid the incoming attack. Or you can use the secret attack if you still have one.

For those who enjoyed the Arcade Version, here’s a bonus fun fact

It’s more of an extreme representation of player types in fighting games, so I don’t really have specific players in mind. I can at least say that the player who is most suitable for Whiffpunisher is definitely Punk.