There’s also going to be an online cosplay event for gaming fans. 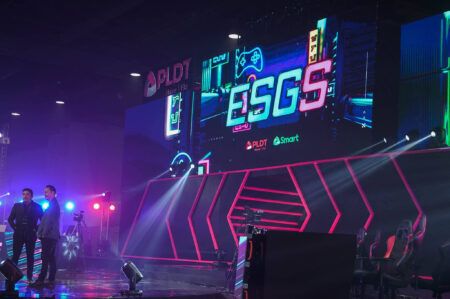 The Electronic Sports and Gaming Summit (ESGS) organized by Gariath Concepts, one of the biggest gaming conventions in Southeast Asia, is set to host multiple esports tournaments, a cosplay competition, and a plethora of conferences they’re calling “indie parties.” Due to the limitations caused by the ongoing COVID-19 pandemic this year, these events will be hosted online.

The ESGS 2020 event will headline multiple online championship tournaments, with the Dota 2, Mobile Legends (MLBB), Call of Duty: Mobile, and Rainbow Six Siege events offering a PHP80,000 (US$1,650) prize pool for each segment.

Open tournaments for Valorant and PUBG Mobile, and cosplay competition have also been lined up, with the organization offering a PHP50,000 (US$1,000) prize pool for each event. For those interested in joining the cosplay competition, it will be restricted to the cosplay of PC, console, and mobile game characters.

The Valorant open tournament’s registration closes on October 16, as long as there are still slots available. The online qualifiers, on the other hand, will be held on October 17-18, after which the grand final will take place on October 25. The overall winners will be awarded five ViewSonic VX2718 monitors.

The PUBG Mobile open tournament’s group stage is scheduled for October 17-18, with the grand final on October 25. The winners of this event will also be awarded four ViewSonic TD 1655 portable monitors.

Finally, entries for the cosplay competition are due on October 20. Upon registration, participants will be asked to provide a reference photo of the character they are portraying and a picture of the cosplayer wearing their costume, taken from the front, back, and both sides.

Registration is free and will only be open to Filipino citizens. Participants simply need to visit ESGS’ official Facebook page and sign up for each online event.