3 counters to Charizard in Pokemon Unite

No Charizard, we don’t choose you. 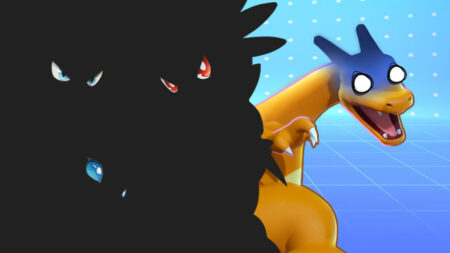 Everybody loves Charizard, and it’s not surprising to see him in most of your Pokemon Unite matches.

He dishes out a lot of damage, is very tanky, and can delete opposing Pokemon with his Unite Move. To make things worse, he’s one of five Pokemon players are offered for free after completing the Pokemon Unite tutorial. Admit it, you’ve probably picked him too.

If you’re sick and tired of being slam dunked back to base, here are three Pokemon that can counter Charizard in Pokemon Unite.

Boasting an aggressive playstyle, Zeraora counters Charizard by hitting him where it hurts the most in the early game.

Without access to any hard stuns or burst damage before level seven, Charmanders everywhere are at the mercy of Zeraora, who many consider the king of the early game.

Equipped with natural mobility and damage output in the early game that can knock out Charmander, and even Charmeleon, Zeraora’s very presence will have Charizard mains second guessing themselves whilst roaming the map.

For Zeraora to remain a threat, he has to be ahead in levels, because once Zeraora takes his foot off the pedal, Charizard can very easily catch up and surpass him in power due to his better late game scaling.

The queen (or king) of slows and disables, Alolan Ninetales is a nightmare nobody wants to deal with in their matches.

Counter Charizard with Alolan Ninetales’ arsenal of slows and disables

If there’s one undisputed fact about Alolan Ninetales, it’s that laning against one is tough for most Pokemon, but even more so for Charmander.

All of Alolan Ninetales moves inflict some kind of disable, whether it be a stun or slow. Alolan Ninetales existence in the late game limits how quickly Charmander can progress to Charizard.

Though Alolan Ninetales is a viable counter, her biggest weakness is also his biggest strength. Her kit is built to keep her opponents away and Charizard is no different, so player can also utilize Alolan Ninetales moves range to avoid getting caught.

Outclassing Charizard in attack range and raw damage, Cinderace is another Pokemon you’ll want to master if you want to delete the fiery foe from your matches.

Unlike Zeraora, Cinderace also peaks during the late game, which means this match up isn’t limited by match length, but rather execution.

Always maintain your distance whilst poking. Charizard’s limited mobility forces him to either fully commit or disengage, which allows Cinderace to dish out free damage.

The only time Charizard may have the upper hand in this Pokemon Unite match up is if he gets in Cinderace’s face with his Unite Move active. If you can kite until Seismic Slam runs out, Cinderace can easily finish him off in a 1v1.