Epic Games claims that the Fortnite World Cup Finals was the most-watched esports event ever — excluding China, of course. 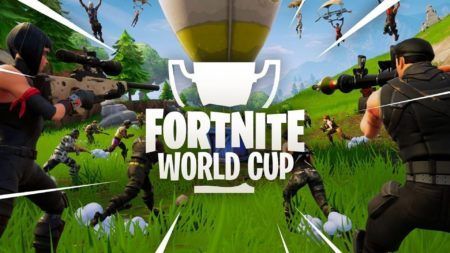 With a massive US$30 million prize pool, the Fortnite World Cup Finals in New York was undoubtedly one of the biggest esports events this year.

You wouldn’t be wrong to assume that such a spectacle had a lot of heads turning: Over 2.3 million, to be precise.

Most of 2.3 million turned out to watch the Solo Finals, which saw 16-year-old Kyle “Bugha” Giersdorf win the US$3 million grand prize, said Fortnite: Battle Royale publisher Epic Games in a blog post.

This figure excludes viewers watching in-game and on other streaming and social media platforms, with Epic claiming that the Fortnite World Cup is the most-watched competitive gaming event of all time. It should be noted however that the publisher did not count views coming from China when it claimed this accolade.

If Chinese viewership was considered, then other premier esports events have the Fortnite World Cup beat. Dota 2’s The International 2018 and the League of Legends 2018 World Championships reportedly peaked at almost 15 million and 200 million viewers respectively.

Both Dota 2 and League of Legends are notably much more popular in China than Fortnite, itself more popular in the West by comparison. Due to how established Fortnite is in Europe and the Americas however, it’s unlikely that any other game or event can beat it in its own turf.

With that said, the success of the Fortnite World Cup Finals likely means that Fortnite esports is here to stay. Epic has already announced its plans to continue sustaining the competitive Fortnite scene with the Fortnite Championship Series.

Whether Fortnite has the chops to be as popular in China and the rest of the world like Dota 2 and League of Legends remains to be seen however.