Fortnite will be “out of time” in Season 10. 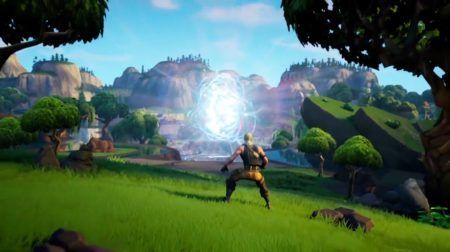 Epic Games has released a fourth and presumably final teaser for Season 10 of Fortnite: Battle Royale. The teaser confirmed that the new season will indeed have a theme involving time travel.

The fourth teaser showed the Singularity, also known as the “Zero Point”, located in the center of Loot Lake exploding, marking it as the event that will lead to the arrival of Season 10, or Season X as all the promotional materials are saying. The teaser’s caption which reads, “Zero In,” presumably refers to the aforementioned event, which we know will be released later today at 4 p.m. today GMT+8 (4 a.m. ET).

The teaser’s caption which reads, “Zero In,” presumably refers to the aforementioned event, which we know will be released later today at 4 p.m. GMT+8 (4 a.m. ET).

Shortly after the release of the fourth teaser, Epic also unveiled the story trailer, notably earlier than usual as these trailers usually accompany the launch of the new season itself. The trailer was apparently leaked early by Fortnite Brazil, which presumably prompted Epic to just formally release it early.

On to the trailer itself, it showed what happened after the Singularity exploded. In it we see Jonesy, one of the game’s default skins, who has become a mascot of sorts, being propelled by the explosion of the Singularity back in time. Bits and pieces of Fortnite’s past seasons are seen throughout this sequence, such as the gold-tier tactical SMG, the Skull Trooper, and Kevin the Cube, among others.

Eventually, Jonesy is taken all the way back to Dusty Depot in Season 3, just as when the comet that would change the beloved location would hit.

The trailer confirms the popular theory among fans that Season 10’s theme will involve time travel.

It is likely that Season 10 will see the map cycle through the many changes it had since Season 3, and will probably lead to yet another massive change towards the end of the season.

The season being titled “Out of Time” might be hinting at this, but it’s hard to ascertain anything until we actually see what it has to offer.

We’ll find out soon enough, as downtime for the update begins