The Outcast is here. 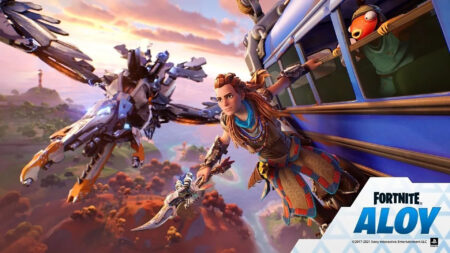 Sony PlayStation has announced that Aloy from its Horizon Zero Dawn series will be the next Gaming Legend skin in Fortnite.

Along with the Aloy outfit, players can get their hands on metal-clad cosmetics like a Blaze Canister Back Bling and a Glinthawk Glider in the Horizon Zero Dawn bundle, available in-store on April 15. 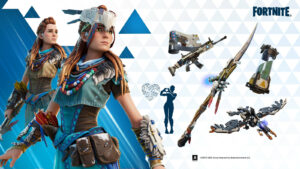 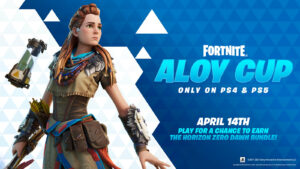 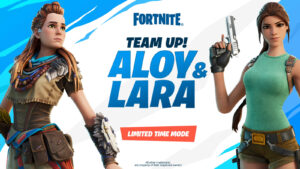 Fortnite will also be holding some HZD-themed events to welcome Aloy. The battle royale is currently holding a PS4/PS5-exclusive competition called the Aloy Cup, in which duos can play for a chance to earn the HZD bundle.

For a more casual game mode, players can try out “Team Up! Aloy & Lara” and have the HZD protagonist and fellow Gaming Legend Lara Croft wander into the wild with their trademark weapons of a bow and Dual Pistols. The limited-time event will be available from April 16-18.

Aloy coming to Fortnite is part of a bigger deal between Sony and Fortnite developer, Epic Games, who recently announced a US$1 billion round of funding for the company’s future endeavors, now putting its equity valuation at US$28.7 billion.

The latest round of funding makes Sony Group Corporation one of Epic’s biggest investors putting US$200M into the company.