The new item will let players turn invisible and run away fast like ninjas. 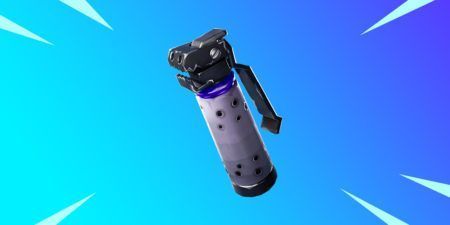 It’s time to get sneaky.

Fortnite: Battle Royale’s latest v8.51 update adds an all-new level of stealth-based tactics to the game with the addition of the ‘Shadow Bomb’ item.

The Shadow Bomb shrouds players in a cloud of shadows when used, turning them invisible to enemies for a duration of six seconds. As the effects of the bomb wear off over the course of its duration however, affected players will slowly become visible to enemies.

Aside from invisibility, the item also makes players incredibly mobile thanks to increased movement speed and adds an added ability to perform double jumps and wall jumps. Since the Shadow Bomb is a stealth item, players won’t be able to attack, build, or loot while under its effects.

The Shadow Bomb will be fairly easy to come by, and can be found from Floor Loot, Chests, Supply Drops, and Supply Llamas. Players can hold up to six of these bombs, which lets them either sneak up on or slip away from their enemies multiple times.

A significant number of players have expressed concerns that the Shadow Bomb may be another overpowered addition to the game, much like the Baller or the Infinity Blade from past updates, when Fortnite developer Epic Games first teased the arrival of the new item.

This was mainly borne from suspicions that the Shadow Bomb would be similar to the Shadow Stone from Season 6, which could effectively turn an entire squad into fast moving ghosts at the press of a button.

Thankfully, the Shadow Bomb’s effects are a bit more understated compared to the Shadow Stones and require tactical thinking to utilize properly. While the invisibility and increased movement effects offer significant advantages, the relatively short duration only gives players a small window of stealth.

The added restrictions on attacking or building while under the Shadow Bomb’s effects also mean that, offensively, a player must get in a good position during the six-second duration first before they can strike from the shadows.

It will be interesting to see how the Shadow Bomb will be utilized by players competing in the Fortnite World Cup qualifiers, especially when considering how the presence of the Baller has been tipping the scales in the event. One can hope that the Shadow Bomb can at least shake things up in the qualifiers, for better or worse.