Don’t worry, there are no Endgame spoilers in this update. 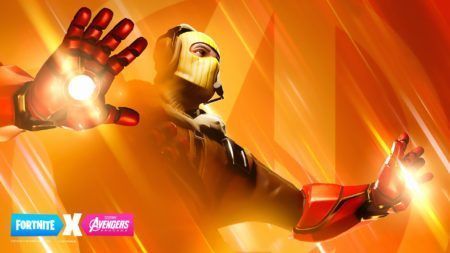 We’re in the Endgame now.

The latest update for the battle royale game Fortnite adds a new Limited Time Mode that sees you battling the Mad Titan Thanos and his Chitauri minions as they invade the Battle Royale island in search of the Infinity Stones.

Players can be either Heroes or Team Thanos, and will keep respawning when eliminated until one sides completes the objective. Heroes will start with a treasure map that leads them straight to a Mythic Avengers item, with the rest being found in chests.

Heroes will have to destroy Thanos and the Chitauri, while Team Thanos will have to — you guessed it — hunt for the Infinity Stones. All players from Team Thanos start out as Chitauri, with a powerful laser rifle, an anti-structure grenade and a jetpack for leaping into the air. The first Chitauri to find an Infinity Stone turns into Thanos himself, and will gain additional powers for each stone found, while the Chitauri members will get more health.

Thanos himself will have a powerful bunch, a beam attack and a cool skill that lets him jump into the air and smash anything on his way down.

Each stone gives a different power up, the red Reality Stone will double health and shields, the orange Soul Stone will give Thanos shields, while the yellow Mind Stone will let him double his jump height for more smashing.

The blue Space Stone will let him smash in a larger area, as well as do more damage, while the green Time Stone will add a huge knockback with each hit and the last purple Power Stone will make change lasers more powerful.

To win, Team Thanos has to find all six stones and eliminate the heroes, and once the stones are found, heroes will no longer respawn.

Besides the new mode, the patch also introduces a bunch of gameplay fixes, performance improvements as well as fixing some UI bugs.

Interestingly, it looks like everything teased by Epic will appear ingame, especially the final teaser which featured the Gold Rarity Fortnite skin, Raptor, and what appears to be parts of the suit used by Iron Man — specifically his gauntlets that feature lethal repulsor rays. Fortnite had also released two other teasers for its Avengers: Endgame teamup, which featured Captain America’s shield and Thor’s Stormbreaker.

There’s also no sign of a revert that some players were hoping for when the final #FortniteXAvengers dropped earlier today. They had hoped that the snap would bring back changes that they disliked.

Check out the full patch notes here — warning, there’s a lot of stuff!