The new teaser hints at what could be another future-themed season for Fortnite. 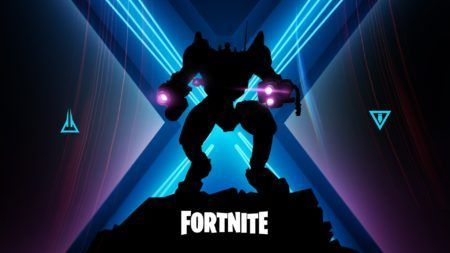 Epic Games has released a second teaser image — which depicts a mecha with its weapons primed and ready — for Season 10 of Fortnite: Battle Royale, which is slated to be released on August 1.

The teaser’s caption read “Look Forward.” which is in stark contrast to the first Season 10 teaser released by Epic, which depicted the Dusty Depot from the original map and the caption “Think Back.”

The first teaser seemed to hint at Season 10 bringing back some of the original locations in the game that have changed or been removed over the course of its nine seasons.

However, this new teaser throws a curveball at that theory. If older locations such as Dusty Depot do make a comeback, they might be doing so with a futuristic twist.

The mech in the teaser could either hint at the in-game event that will kick off Season 10 or it could be a new point-of-interest on the map.

This won’t be the first time a mech will make an appearance in Fortnite however, as one of the closing moments of Fortnite Season 9 saw a titanic clash between a gigantic pink mech and a massive monster.

We won’t have to wait long to find out just what Epic has in store for us in Fortnite Season 10.

While the publisher has not yet released the schedule for the downtime on the update, it will likely be at 4 a.m. ET as in previous seasons.

Until then, as the teaser says, let’s look forward to it.